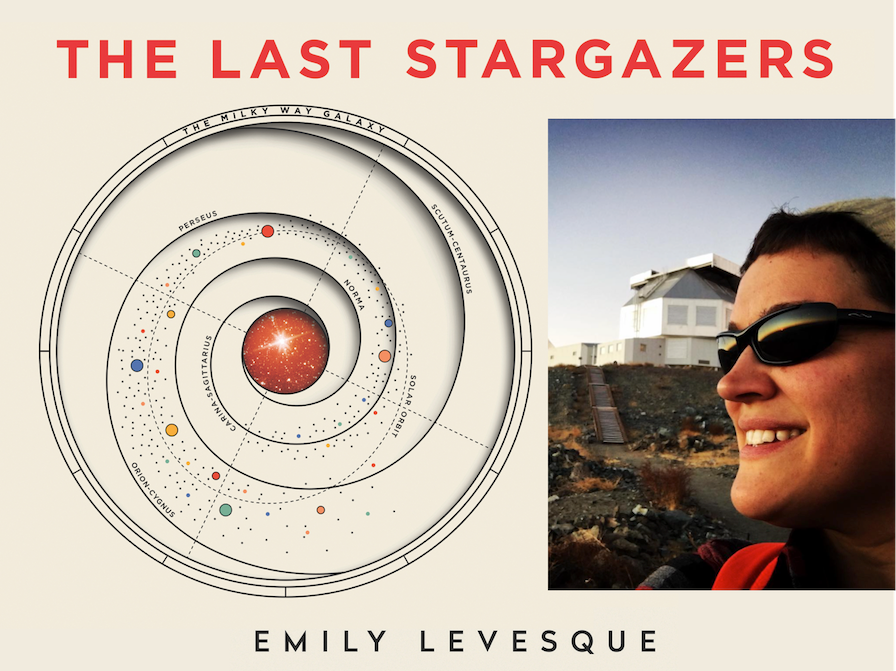 Join the NASA Night Sky Network on Thursday, September 17 at 6:00pm Pacific Time (9:00pm Eastern) to hear Dr. Emily Levesque share the science and adventures behind what it's like to be a professional astronomer and work at the world's cutting-edge observatories.

How can we photograph a black hole? Can we find one star hidden inside another? What will the next generation of telescopes reveal about the cosmos? In this webinar I'll share the science and adventures behind what it's like to be a professional astronomer and work at the world's cutting-edge observatories. We'll learn about how modern observatories are run, hear some of the many incredible behind-the-scenes stories of life as a professional astronomy, and map the rapid technological expansion of our field, the new possibilities offered by tomorrow's telescopes, and the evolving role of humans as observers and scientists.

Emily Levesque is an astronomy professor at the University of Washington, studying how the most massive stars in the universe evolve and die. She has observed for upward of fifty nights on many of the planet’s largest telescopes and flown over the Antarctic stratosphere in an experimental aircraft for her research. Her academic accolades include the 2014 Annie Jump Cannon Award, a 2017 Alfred P. Sloan fellowship, a 2019 Cottrell Scholar award, and the 2020 Newton Lacy Pierce Prize. She earned a bachelor’s degree in physics from MIT and a PhD in astronomy from the University of Hawaii.