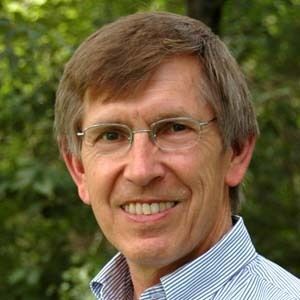 Join the NASA Night Sky Network on Thursday, January 28 at 6pm Pacific (9pm Eastern) to hear Kelly Beatty discuss the impact of light pollution on society, and our ability to view the night sky.

Light pollution has become a pervasive and ugly consequence of our 24/7 society. Few of us can enjoy a star-spangled night sky any longer, thanks to the glowing pall caused by all the lights that line roadways, parking lots, and backyards. More ominously, a growing body of research finds that excessive light at night disrupts nocturnal ecosystems, sometimes dramatically. It can also inhibit the production of melatonin, a compound produced as we sleep—and only in darkness— that seems to play multiple roles in maintaining general human health. The situation has not been helped by the widespread rollout of light-emitting diodes, or LEDs. Fortunately, the spread of light pollution can be halted and even reversed. Join Sky & Telescope’s Kelly Beatty as he discusses how we can safely light up our homes, businesses, and communities without wasting energy, disturbing the neighbors, or creating an unhealthy environment for humans and wildlife.
-------------------------
About Kelly Beatty

Kelly Beatty has been explaining the science and wonder of astronomy to the public since 1974. An award-winning writer and communicator, he specializes in planetary science and space exploration as Senior Editor for "Sky & Telescope" magazine. Beatty enjoys sharing his passion for astronomy with a wide spectrum of audiences, from children to professional astronomers, and you’ll occasionally hear his interviews and guest commentaries on National Public Radio and The Weather Channel. He served for a decade on the Board of Directors for the International Dark-Sky Association and is an officer for IDA’s Massachusetts Chapter.

Public Viewing Option
The event is available to the public as a live stream on YouTube.