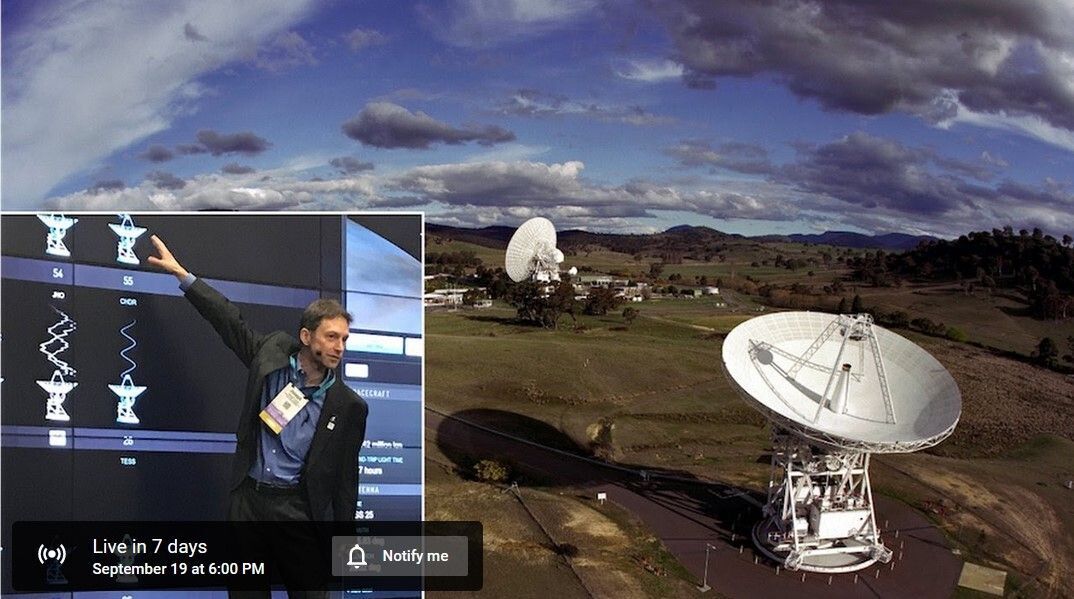 Join us on Monday, September 19 at 6pm Pacific/9pm Eastern as Dr. Joseph Lazio from NASA JPL shares how NASA’s Deep Space Network helps in our exploration of the Solar System and beyond!

Nearly every image of another planet that was taken by a NASA spacecraft has been transmitted to us through one or more antennas of NASA’s Deep Space Network (DSN). For almost the past 60 years, the DSN has been guiding spacecraft to their destinations across the Solar System, sending them commands for actions to take upon reaching their destinations, and receiving the data back from them. Moreover, the DSN is a science instrument in its own right. In this Webinar, I will review what the DSN is, how it enables NASA missions throughout the Solar System and beyond, and illustrate some of the scientific measurements that it makes on its own.

Joseph Lazio is the Interplanetary Network Directorate Scientist at the Jet Propulsion Laboratory, California Institute of Technology. He received his Ph.D. from Cornell University, was a National Research Council Research Associate at the U.S. Naval Research Laboratory, and was a Radio Astronomer on the staff of the Naval Research Laboratory, before joining JPL. He is the Project Scientist for the Sun Radio Interferometer Space Experiment (SunRISE) mission, and he has served as Project Scientist for the Square Kilometre Array (SKA); the Deputy Director of the Lunar University Network for Astrophysics Research (LUNAR), part of the NASA Lunar Science Institute; and the Project Scientist for the U.S. Virtual Astronomical Observatory. He also observes routinely with the world’s premier ground-based radio telescopes, including the Expanded Very Large Array, the Very Long Baseline Array, and the Green Bank Telescope.