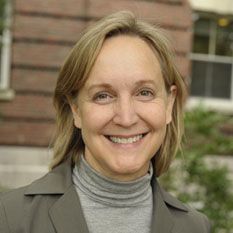 Debra Fischer began hunting for exoplanets while at SFSU in 1997 by measuring Doppler shifts in the spectra of stars.   She has discovered hundreds of extrasolar planets with this technique, including the first known multiple planet system in 1999.  Her team is developing next generation spectrometers and machine learning analysis techniques to transition from current state of the art precision of 1 m/s to 0.1 m/s to detect Earth analogues that will be targets in the search for life on other worlds. Her team designed and built the CHIRON spectrograph (at CTIO in Chile), the VUES spectrograph (at Möletai Observatory in Lithuania) and EXPRES (at the Lowell Observatory DCT in Arizona). In addition to her primary appointment in Astronomy, Fischer has joint appointments at Yale University in the Departments of Physics, Geology and Geophysics, and Statistics and Data Science. She also serves as the Dean of Academic Affairs at Yale.