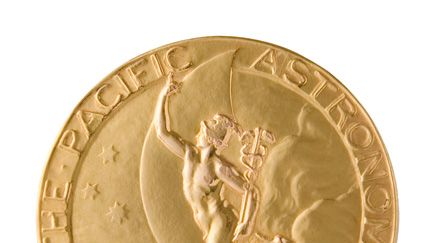 Awarded since 1898 for a lifetime of outstanding research in astronomy

Established by Catherine Wolfe Bruce, an American philanthropist and patroness of astronomy, our highest award is given annually by the ASP to a professional astronomer in recognition of a lifetime of outstanding achievement and contributions to astrophysics research. The medal has gone to some of the greatest astronomers of the past century and was first awarded in 1898 to Simon Newcomb. Previous recipients of the Bruce Medal include Giovanni V. Schiaparelli (1902), Edwin Hubble (1938), Fred Hoyle (1970), and Vera Rubin (2003). 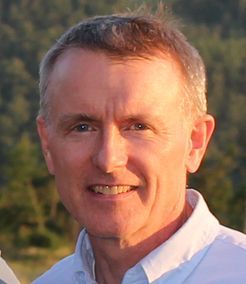 The Astronomical Society of the Pacific (ASP) is proud to announce the 2021 recipient of its most prestigious award, the Catherine Wolfe Bruce Gold Medal honoring Dr. Bruce Elmegreen, in recognition of his pioneering work on dynamical processes of star formation.

SAN FRANCISCO, California – August 24, 2021 After four decades of innovative research, Dr. Elmegreen has fundamentally changed our understanding of star formation. He studied widespread hierarchical structure in young stellar regions, discovered that star formation is rapid following turbulent compression and gravitational collapse of these regions, explained the formation of stellar clusters, and discovered the largest scales for these processes in galaxies beyond our own, spanning a wide range of cosmic time.

Elmegreen was born in Milwaukee, Wisconsin , and received a B.S. in Physics and Astronomy from the University of Wisconsin, Madison. He earned his PhD at Princeton University under the guidance of Lyman Spitzer, Jr. (Bruce Medal awardee, 1973), studying the ionization of the local interstellar medium. His interests turned to interstellar dynamics as a Junior Fellow at Harvard University, where, together with a colleague, he proposed that ionization from one generation of stars can compress residual gas and form another generation. He followed that with observations of interstellar filaments as further evidence for triggered collapse and proposed the same process on the scale of spiral arms. General observations and acceptance of these ideas would take several decades.

After six years on the faculty of Columbia University in the City of New York, Elmegreen moved to IBM Research in 1984 where he began studies of galactic spirals, making the first digitized color images of galaxies and examining their symmetries to find spiral modes. He proposed that interstellar compression from turbulence produces a hierarchy in space and time for young stellar structures, with bound clusters forming in the densest parts of the hierarchy.  Elmegreen also found that star clusters closer together in space have more similar ages in a pattern reflecting turbulent motions, and that star formation is relatively rapid on all scales. His work produced a major change in the prevailing model of star formation which was thought to operate at a much slower rate.

Elmegreen has authored over 750 articles  with over 27,000 citations. In 2001, Elmegreen received the Dannie Heineman Prize for Astrophysics jointly from the American Astronomical Society (AAS) and the American Physical Society, and in 2016, an IBM Research Outstanding Accomplishment Award for Research in Star Formation. From 2015-2018, he was President of the International Astronomical Union (IAU) Division on Interstellar Matter and Local Universe and Chair of the Resolutions Board and served as National Representative of the AAS to the IAU.

Join us in celebration of Dr. Elmegreen’s achievements at the 2021 ASP Awards Gala (a Virtual Presentation) on November 19, 2021.

Please contact our Awards team if you have questions about the nomination process.