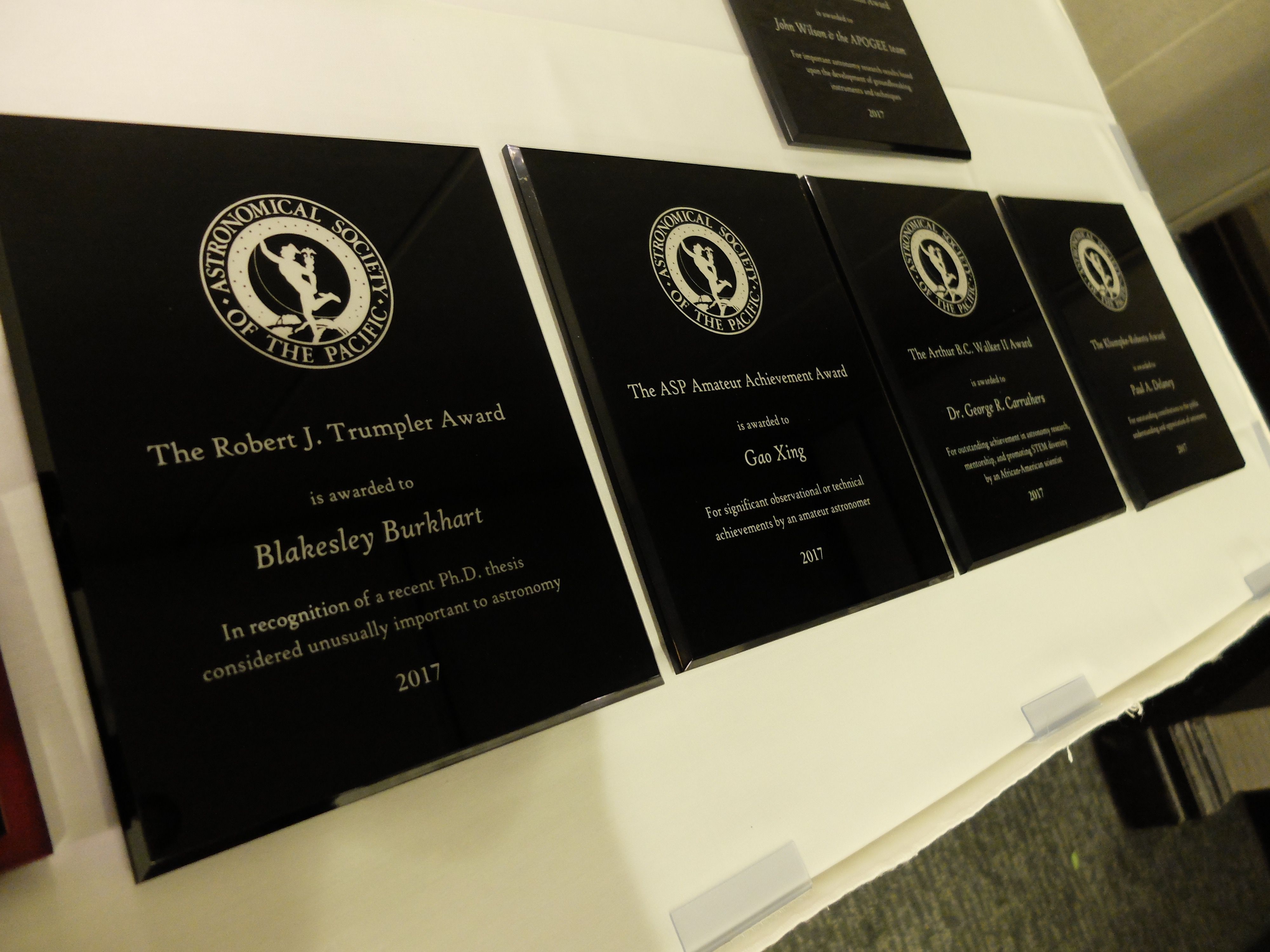 Updated January 20, 2023 - Nominations for the 2023 ASP Awards is scheduled to begin in late January. FAQ's will be updated throughout the Awards Season.

We have listed some commonly asked questions during the nomination and selection stages of the ASP Awards. Feel free to contact us if we can help answer any additional questions you may have.

Q: What is the deadline for submitting nominations?

A: Starting in 2023, March 15 is the deadline for submitting all nominations.

Q: Did the nomination submission process change in 2022?

A: Yes. There is only one Nominator Account per nomination.  The Nominator is now responsible for creating an account and submitting all of the documents, including the Letters of Recommendation via the Nominator's Account.  The submission documents can be added as available by the Nominator before the deadline or can be updated as needed.

Q: What are the cycles of when each Award is given?

A: The Bruce Medal and the Trumpler Award will continue to be given each year. Due to an increase in the quantity of Awards, the amount and quality of nominations, and the size of our growing Awards Gala, the ASP will announce which additional Awards will be given each year when nominations open.

Q: Guidelines are provided for each Award so can I submit my nomination for any Award when nominations are open?

A: The guidelines are published to help you collect the documents needed, but nomination submissions are only open for the Awards the year they will be given. The Awards season starts in January of each year and at that time we will announce which Awards will be open for nomination.

Q: The ASP used to allow nomination submissions to qualify for 2-3 cycles. What happens if I submitted a nomination before 2022? Will my Nominee still have 1-2 more cycles to qualify?

A:  All previous submissions prior to 2022 will be grandfathered into the cycles for each award, as was specified in previous years. If you have any questions about your original submission date, please feel free to contact us at awards@astrosociety.org. All new Nominee submissions starting in 2022 are only valid for the year in which they were submitted.

Q: Can I resubmit a Nominee in subsequent cycles?

A: Yes, but we highly recommend your letter and the letters of recommendation be updated and resubmitted.

Q: What is meant by "independent" letters of support? nominator's letter?

A: Independent means that the Nominator is not the same person as those who submit a Letter of Support and they cannot be the nominee as well.

Q: Can I nominate myself?

A: Unfortunately, a Nominee cannot be the same person as the Nominator.

Q: Can I submit different Nominees for different awards?

A: Yes, a Nominator can submit a unique Nominee for different awards.

Q: Can the same person be nominated for two awards by the same nominator?

Q: Can I nominate the team I am working with for the Klumpke-Roberts award?

A: Because the ASP doesn't accept self-nominations for any of its awards, someone outside the team would have to do the nomination. If a team is nominated, please note that the award is for a lifetime of education and outreach contributions.

Q: Can the same person be nominated for two awards by the same nominator?

Q: If we nominated a Trumpler Award candidate last year who was not selected, can we resubmit with updated information? And can we nominate an additional new person this year?

A: Yes. A Trumpler Award candidate must be a recipient of their PhD within two years to qualify. Their nomination, including any updated information, can be resubmitted for one more year.

Important note: If you have a new candidate in the current year, they will be your one candidate from the same institution.

Q: Can a high school physics/astronomy teacher be considered for an amateur astronomer award?

The teacher however may qualify for the ASP's Brennan Award. Nominations will be accepted in early 2023. Nomination Guidelines can be reviewed at any time to prepare.

Q: When are nominees selected? How are they informed?

A: Awardees are contacted directly by the President of the ASP’s Board of Directors in the latter part of June or early July.

Q: How will the nominator find out if their nominee was selected or not?

A: If your nominee was not selected, you, as nominator will receive notification sometime before mid-July.