Named in honor of Andrew Fraknoi, former ASP Executive Director who shaped the Society’s educational mission and left an enduring mark and profound impact on the organization, the award recognizes individuals who have made significant contributions towards ASP’s mission of advancing public understanding of science through astronomy. 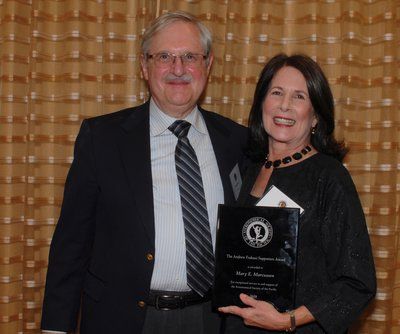 The Astronomical Society of the Pacific’s 2018 Andrew Fraknoi Supporters Award goes to a longtime friend and supporter of the ASP: Mary Marcussen, consultant, grant writer, and project design specialist. She is being honored for her tireless efforts in helping the society think through and fund projects that have firmly secured the ASP’s reputation as an international leader in supporting astronomy teaching and learning.

Please contact the Awards team if you have questions about the nomination process.