The Arthur B.C. Walker II Award is presented to an outstanding African American (or member of the African Diaspora) who works in the areas of astronomy (including astronomy, astrophysics, space, and related sciences) as a recognized leader in efforts to diversify the scientific community. 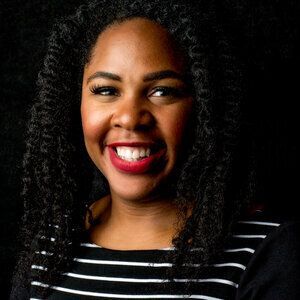 San Francisco, California- August 30, 2022 - The Astronomical Society of the Pacific’s Arthur B.C. Walker II Award honors an African-American scientist whose research has substantially contributed to astronomy or related fields, and who has demonstrated a substantial commitment to promoting diversity and inclusion in STEM. It was first awarded in 2016 to NASA mathematician and Presidential Medal of Freedom recipient, Katherine Johnson.  The 2022 recipient of the Arthur B.C. Walker II Award is Dr. Jedidah C. Isler Principal Assistant Director for STEM Opportunity & Engagement at the White House Office of Science & Technology Policy, where she currently leads the Science & Society division. Dr. Isler was formerly an Assistant Professor of Astrophysics at Dartmouth College where she studied hyperactive, supermassive black holes. Her research explores the physics of blazars – supermassive black holes at the centers of galaxies that create particle jets moving at nearly the speed of light.

Even as an early career scientist, Dr. Isler’s contributions to astronomy have been lauded by the scientific community. The American Astronomical Society (AAS) awarded her dissertation “In Like a Lamb, Out Like a Lion: Probing the Disk-Jet Connection in Fermi Gamma-ray Bright Blazars” with the Rodger Doxsey Dissertation Prize, an honor bestowed on only 10% of all dissertations presented at the annual AAS meeting. As a testament to the quality of her work and potential to make significant contributions to science, she was one of a few early career researchers invited to the 2016 National Academy of Sciences/Kavli Foundation US Frontiers of Science Symposium. These symposia invite 25 early-career scientists from a wide range of disciplines who are recognized as emerging young scientific leaders.

Dr. Isler is equally dedicated to improving the public’s understanding of science and has become an important public voice in astronomy. She has made numerous media appearances, including on All Things Considered, the TED Radio Hour, the Science Channel’s How the Universe Works, and the 2016 National Geographic miniseries MARS. As a 2015 TED fellow and a 2017 Senior TED Fellow, more than 3.5 million viewers have watched her TED talks. As one nominator remarked, Dr. Isler’s “public face is important in providing a role model to future astronomers amongst minority groups.”

Dr. Isler is an outspoken advocate of equity, inclusion and empowerment in STEM fields and is the creator and former host of “Vanguard: Conversations with Women of Color in STEM.” The nonprofit organization she founded, The STEM en Route to Change Foundation, uses STEM as a pathway for social justice and has developed the #VanguardSTEM online platform, providing women of color with mentoring, support, and peer community that welcomes both new and would-be scientists.

Dr. Isler has also helped shape policy and practices within the profession. Her involvement in the 2015 inaugural AAS’s Inclusive Astronomy Conference was critical to developing the recommendations made to the AAS Council for improving diversity and inclusion in the field. She was a member of the inaugural State of the Profession & Societal Impacts panel, for the 2020 Astronomy & Astrophysics Decadal Survey, which produced recommendations for increasing equity in the field of astrophysics. Dr. Isler also served as a member of the American Institute of Physics National Task Force to Elevate African American Representation in Undergraduate Physics & Astronomy (TEAM-UP) and investigate the reasons for the persistent underrepresentation of African Americans in physics and astronomy. TEAM-UP produced a report with its findings and evidence-based recommendations to increase the number of African Americans earning physics and astronomy bachelor’s degrees. Dr. Isler, along with the entire TEAM-UP Task Force was awarded the 2022 American Physical Society’s Excellence in Physics Education for this work.

Among her many honors, Dr. Isler has also been recognized as a National Geographic Emerging Explorer (2016) and one of The Root Magazine’s 100 Most Influential African Americans (2016).

Join us in celebration of Jedidah Isler’s achievements at the in-person ASP Awards Gala on November 19, 2022 in Burlingame, California.

The ASP’s Arthur B.C. Walker II Award has been established to honor an outstanding scientist whose research and/or educational efforts substantially contribute to those fields and who has (1) demonstrated a substantial commitment to mentoring students from underrepresented groups pursuing degrees in astronomy and/or (2) been instrumental in creating or supporting innovative and successful STEM programs designed to support underrepresented students or their teachers.