For excellence in college astronomy teaching

Added to our list of honors in 2006, the Richard H. Emmons Award was inspired by a very generous gift from Jeanne and Allan Bishop, in honor of her father, Richard Emmons. Dr. Jeanne Bishop, a well-known astronomy educator in her own right, wished to honor her father, an astronomer with a lifelong dedication to astronomy education, by creating an award that recognizes and celebrates outstanding achievement in the teaching of college-level introductory astronomy for non-science majors. 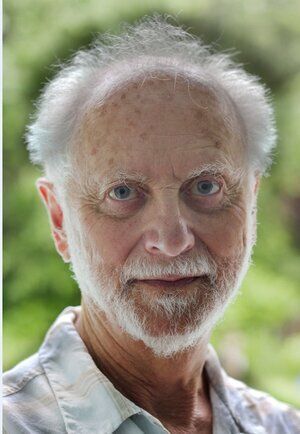 San Francisco, California- August 30, 2022 - The Astronomical Society of the Pacific’s Richard H. Emmons Award — established by Jeanne & Allan Bishop to honor Ms. Bishop’s father, Richard Emmons, an astronomer with a lifelong dedication to astronomy education — is awarded annually to an individual demonstrating outstanding achievement in the teaching of college-level introductory astronomy for non-science majors. The 2022 recipient is Prof. George Greenstein, Sidney Dillon Professor of Astronomy, Amherst College, Emeritus, for his innovative methods of mentoring students and other educators, and for his textbook and other writings that explain astronomical developments and ways of thinking.

Greenstein’s approach to science and astronomy has always reached beyond the expected and predictable.  His innovative teaching began in 1971 as Assistant Professor of Astronomy at Amherst College where, according to a professional colleague and nominator, his approach in the classroom was to engage “in animated dialog with the students and comment on their work, rather than simply lecture about his own philosophy”. Furthermore, he was “an early advocate of engaging students through active learning” and emphasized “guided discovery in his classes, often using real data to present his students with the kinds of puzzles astronomers face in the practice of research.” Thousands of students in the five-college system that includes Amherst have taken his courses over the years.

His innovative teaching methods extended to his role as an inspirational mentor to undergraduate research students. One former student of Prof Greenstein’s notes how “George was always looking for new and innovative methods to teach astronomy and physics, and to show how undergraduate students can work on cutting-edge problems.”

An eloquent writer, Greenstein is the sole author of Understanding the Universe: An Inquiry Approach to Astronomy and the Nature of Scientific Research, an unconventional textbook that helps students think and act like scientists.  He is also the author of several approachable astronomy books for the general public, including his prize-winning Frozen Star, written in 1989 and clarifying the complex topic of the death of stars. A professional colleague wrote that even after 34 years “there are few books that so effectively convey the mental meandering of the scientist… fired with the curious passion that drives basic research.”

Greenstein also contributed at the national level to the teaching of introductory astronomy.  Along with previous Emmons Award winner, Bruce Partridge, he organized a series of workshops for department chairs on the teaching and goals of “Astronomy 101,” which they then wrote up into an influential article that is one of the rare pieces of guidance available for instructors at this level. Greenstein was also co-author of An Ancient Universe: How Astronomers Know the Vast Scale of Cosmic Time, a booklet jointly published by the American Astronomical

Society and the Astronomical Society of the Pacific, to help K-12 teachers refute creationist claims and help students understand the implications of modern cosmology.  In these and many other ways, Prof. Greenstein has enlarged and improved the modern conversation on how best to teach astronomy.

Join us in celebration of George S. Greenstein’s achievements at the in-person ASP Awards Gala on November 19, 2022 in Burlingame, California.