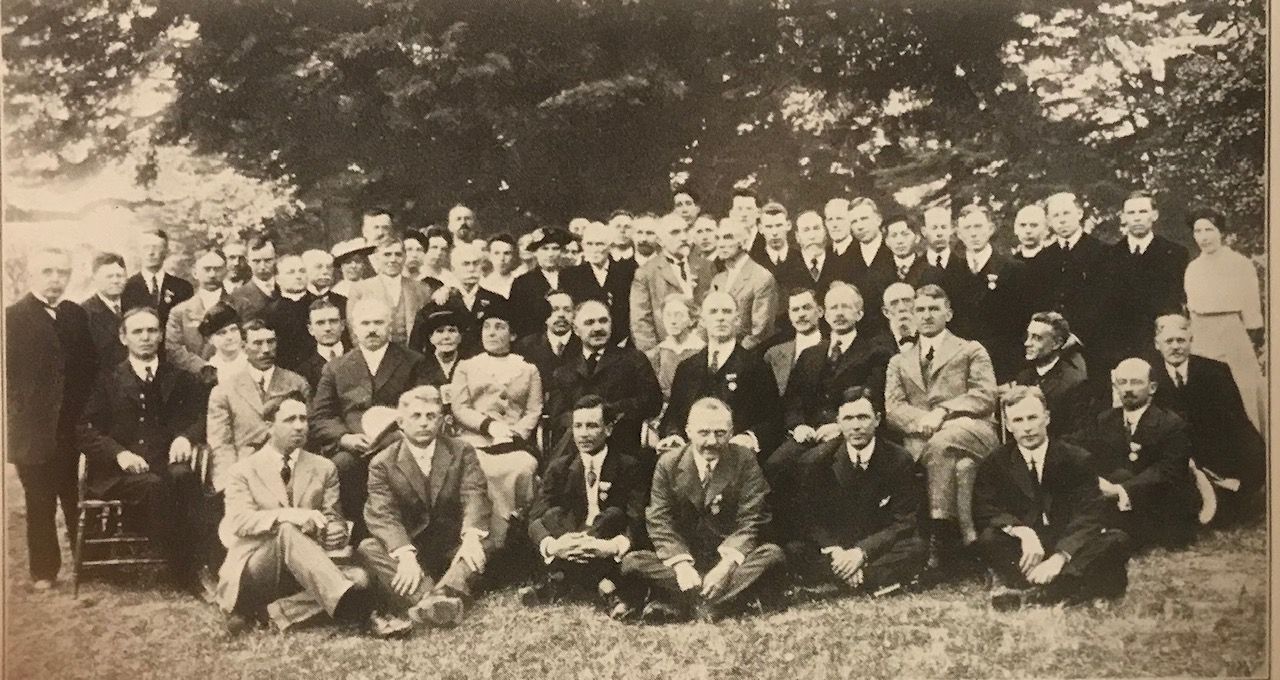 In 2019, the Astronomical Society of the Pacific celebrated its 130th anniversary year of communicating and educating about the universe around us. But back in 1889, the universe seemed a very different place – simpler, but perhaps no less mysterious. 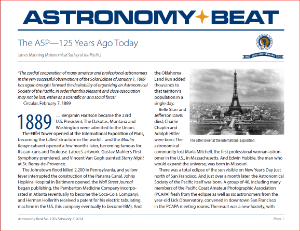 Former executive director, Jim Manning, took a long moment to look at the state of astronomy and the cosmos at the time of the Society’s founding, and how things have changed since then in the February 2014 issue of Astronomy Beat, which celebrated the ASP's 125th anniversary. Join him for a peek at the universe.

Centennial History of the ASP 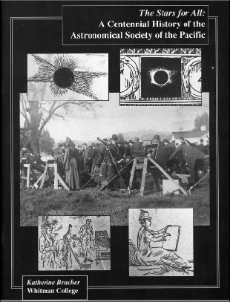 The Astronomical Society of the Pacific (ASP) was founded in February 1889, the first national astronomical organization to be established in the United States. Although its name was a reminder of its origins on the Pacific Coast, it soon drew members from around the country and the world.

In 1989, the ASP celebrated its Centennial by buying a building as its home and holding a large national meeting at the University of California, Berkeley. (The late Carl Sagan of Cornell University was the public keynote speaker, and quickly sold out the largest hall on campus.) Certificates and letters of congratulations were received from the President of the U.S., the Governor of California, and many other political and scientific leaders. Also, the International Astronomical Union named Asteroid 2848 Asteroid ASP, in honor of the Society’s work in education and public outreach.

As part of the celebrations, we commissioned Kate Bracher, an astronomer and historian at Whitman College, to write the 100-year history of the Society, and published it as a special issue of Mercury magazine. The issue was quite popular and soon sold out. Over the years, members and others have asked us if we will ever reprint it. Nowadays, when electrons are replacing trees as the favored medium for “reprinting,” this request has become much easier to fulfill.

Thus we are happy to present, in easy-to-download PDF format, the chapters of our Centennial History. We should point out that many things have happened in the story of the ASP since 1989, when this history was published, particularly in the field of education. Nevertheless, we thought that this was a valuable historical snapshot of the first 100 years of a scientific and educational organization dedicated to bringing the stars down to earth.