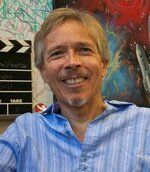 Chris Impey is a University Distinguished Professor of Astronomy at the University of Arizona. He has over 210 refereed publications on observational cosmology, galaxies, and quasars, and his research has been supported by $20 million in NASA and NSF grants. He has won eleven teaching awards and has taught two online classes with over 190,000 enrolled and 2 million minutes of video lectures watched. Chris Impey is a past Vice President of the American Astronomical Society and he’s been an NSF Distinguished Teaching Scholar, the Carnegie Council’s Arizona Professor of the Year, and a Howard Hughes Medical Institute Professor. He has written over 60 popular articles on cosmology and astrobiology, two textbooks, a novel called Shadow World, and eight popular science books: The Living Cosmos, How It Ends, Talking About Life, How It Began, Dreams of Other Worlds, Humble Before the Void, Beyond: The Future of Space Travel, and Einstein’s Monsters: The Life and Times of Black Holes.