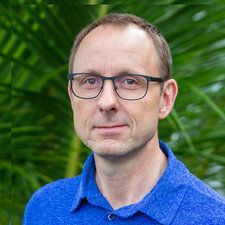 Lars Lindberg Christensen is an award-winning astronomer and science communicator. He has authored a dozen popular science books translated into more than ten languages. Lars has directed more than 10 documentaries and planetarium movies that have received critical acclaim around the world. He is responsible for the communication, education and engagement for NSF's NOIRLab consisting of Cerro Tololo, CSDC, Gemini, Kitt Peak and Rubin operations. He has produced for a multitude of different media from planetarium shows, laser shows, to web, social media, print, TV and radio. Lars has more than 200 publications to his credit, most of them in popular science communication and its theory. Lars received the ASP's 2021 Klumpke-Roberts Award and the Tycho Brahe Medal in 2005 for his achievements in science communication and has been credited with leading the most successful outreach efforts in ESO's history.