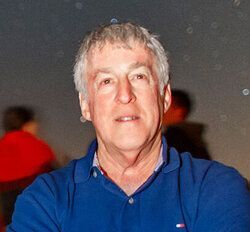 Mike Simmons has been an amateur astronomer and outreach leader for more than 40 years. He is currently an Affiliate Research Scientist at Blue Marble Space Institute of Science where he founded Astronomy for Equity, an initiative addressing issues of diversity and inclusion using astronomy and space exploration. He previously founded and led Astronomers Without Borders to unite astronomy and space enthusiasts worldwide through their common interests based on his international travels and connections in astronomy. He is a founding member of the Overview Institute, a member of the board directors of the International Dark-Sky Association, and an active member of the International Astronomical Union's Working Group on Diversity and Inclusion. He regularly gives presentations, both in the US and abroad, on using astronomy to improve international relations and reduce inequity.

Mike has received numerous awards for his work in the field, including having Minor Planet Simmons (22294) named in his honor in 2003. Mike was also awarded the prestigious 2014 Gabrielle and Camille Flammarion Prize from the Société Astronomique de France (SAF) for "setting a worldwide example that astronomy does transcend political and cultural borders."