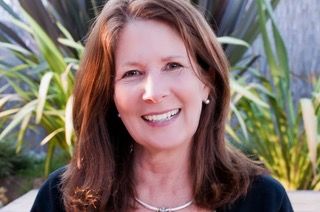 The Astronomical Society of the Pacific’s 2018 Andrew Fraknoi Supporters Award goes to a longtime friend and supporter of the ASP: Mary Marcussen, consultant, grant writer, and project design specialist.

Named in honor of Andrew Fraknoi, former ASP Executive Director who shaped the Society’s educational mission and left an enduring mark and profound impact on the organization, the award recognizes individuals who have made significant contributions towards ASP’s mission of advancing public understanding of science through astronomy. This year, Mary Marcussen is being honored for her tireless efforts in helping the society think through and fund projects that have firmly secured the ASP’s reputation as an international leader in supporting astronomy teaching and learning.

Through its annual awards, ASP recognizes achievement in research, technology, education, and public outreach. The awards include the ASP’s highest honor, the Catherine Wolfe Bruce Gold Medal awarded since 1898 for a lifetime of outstanding research in astronomy. The Bruce Medal has gone to some of the greatest astronomers of the past century, including Arthur Eddington, Edwin P. Hubble, Subrahmanyan Chandrasekhar, and Vera Rubin. The ASP also presents the Klumpke-Roberts Award for outstanding contributions to the public understanding and appreciation of astronomy. Awardees include Carl Sagan, Isaac Asimov, and the Hubble Heritage Project.