Bennu Is Not Boring 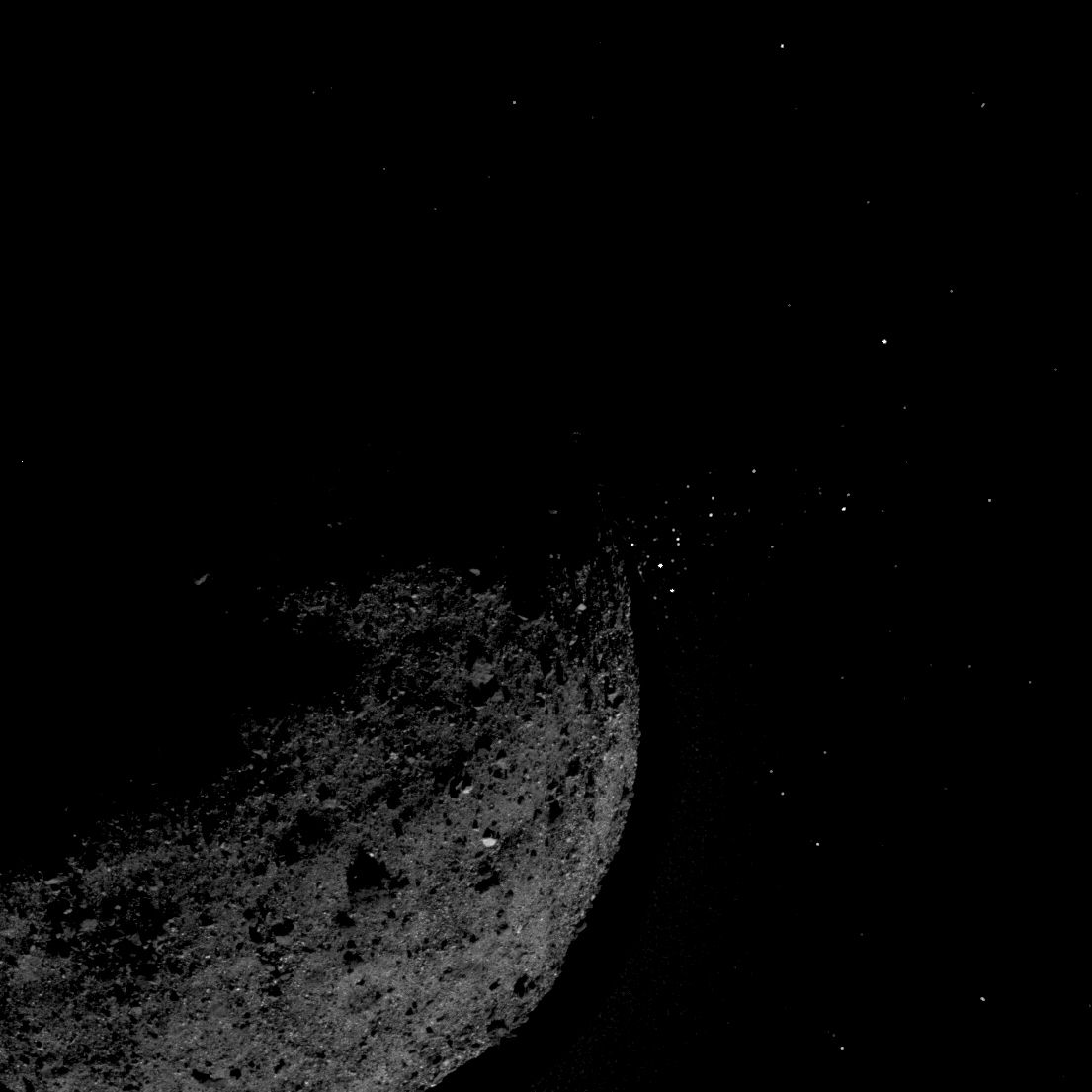 With a prime mission to retrieve samples from Bennu’s surface and return them to Earth by 2021, OSIRIS-REx has realized the task may be more difficult than anticipated. As if commanding a robotic probe from over 100 million kilometers away to softly touch down and scoop asteroid chunks wasn’t enough of a challenge, it turns out its surface is chock-full of large rocks and boulders, without a flat landing site to be seen. This finding has already thrown Bennu into the “strange space rock” category. But that’s not the strangest thing—Bennu is active.

Active? Yes. Far from being a frozen and static celestial body, Bennu is currently erupting with plumes of dust and rock, a display that’s been unfolding right in front of the spacecraft’s cameras. First detected on Jan. 6 from a distance of about 1.6 kilometers (approximately a mile), mission managers stepped up the number of observations, detecting further plume events. Sometimes the plume debris is blasted clear of the asteroid’s surface and lost to space, at other times, it has tracked pieces that were launched, only to drop gently back onto the surface after spending a little time in orbit. Needless to say, mission scientists are more than a little excited.

“The discovery of plumes is one of the biggest surprises of my scientific career,” said Dante Lauretta, OSIRIS-REx principal investigator at the University of Arizona, Tucson, in a NASA statement in March. “And the rugged terrain went against all of our predictions. Bennu is already surprising us, and our exciting journey there is just getting started.”

The rocky material on Bennu’s surface are thought to be primordial, remaining unchanged since the birth of our solar system over 4.5 billion years ago, so when OSIRIS-REx manages grab its material and bring it back for analysis, we may learn new things about the origins of our Sun, the planets, and, possibly, life’s origins.

“The first three months of OSIRIS-REx’s up-close investigation of Bennu have reminded us what discovery is all about—surprises, quick thinking, and flexibility,” said Lori Glaze, acting director of the Planetary Science Division at NASA Headquarters in Washington. “We study asteroids like Bennu to learn about the origin of the solar system. OSIRIS-REx’s sample will help us answer some of the biggest questions about where we come from.”