In the Shadows of Bennu's Boulders 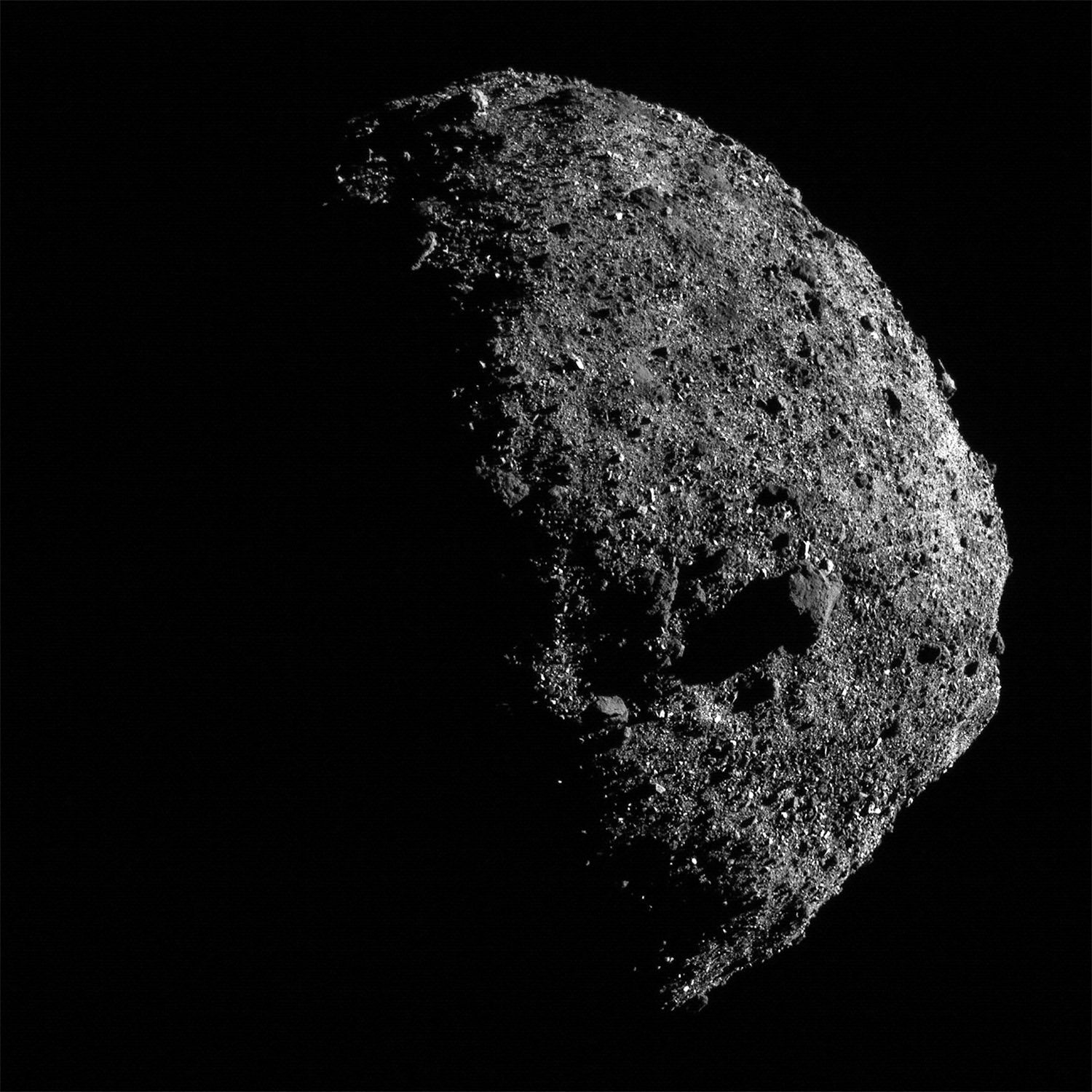 This image feature was originally published in the Winter 2019 (vol. 48, no. 1) issue of Mercury magazine, an ASP members-only quarterly publication.

Rocks and boulders of all sizes cast long shadows during a “sunrise” on the asteroid Bennu in this image, captured by NASA’s Origins, Spectral Interpretation, Resource Identification, Security-Regolith Explorer—a.k.a. OSIRIS-REx—spacecraft on Jan. 17, 2019.

Launched from Cape Canaveral on Sept. 8, 2016, OSIRIS-REx successfully entered orbit at the carbon-rich near-Earth asteroid 101955 Bennu on Dec. 31, 2018, making it the smallest object in the solar system to be orbited by a spacecraft. It will spend approximately 400 days around Bennu for scientific investigation, eventually collecting a sample of its surface material in the summer of 2020 and returning it to Earth in Sept. 2023.

One of the interesting things that OSIRIS-REx has found on Bennu is that its surface is literally covered with rubble, from small-scale rocks to enormous boulders like the ones visible here. The largest one in this view is about 50 meters (165 feet) across—that’s almost as long as four semi-trailer trucks, or about half the height of the Statue of Liberty! The entire asteroid itself is about 500 meters (0.3 miles) wide, and the pull of gravity there is only five millionths that on Earth.

In fact, there are relatively few smooth areas on Bennu, a discovery that surprised the science team and will require a careful selection of the best place to collect a surface sample.

Why study this particular asteroid? In addition to it being an ancient piece of the solar system fairly close by and large enough to orbit, there’s also a chance, however small—1 in 2,700—that Bennu could impact Earth at the end of the next century.

Learning more about its formation, composition, and how its movement is affected by radiation from the sun will help researchers determine how any impact threat from it and objects like it might be reduced. Learn more about the mission and see the latest news and images at asteroidmission.org.