When the Moon Gave Earth Some Shade 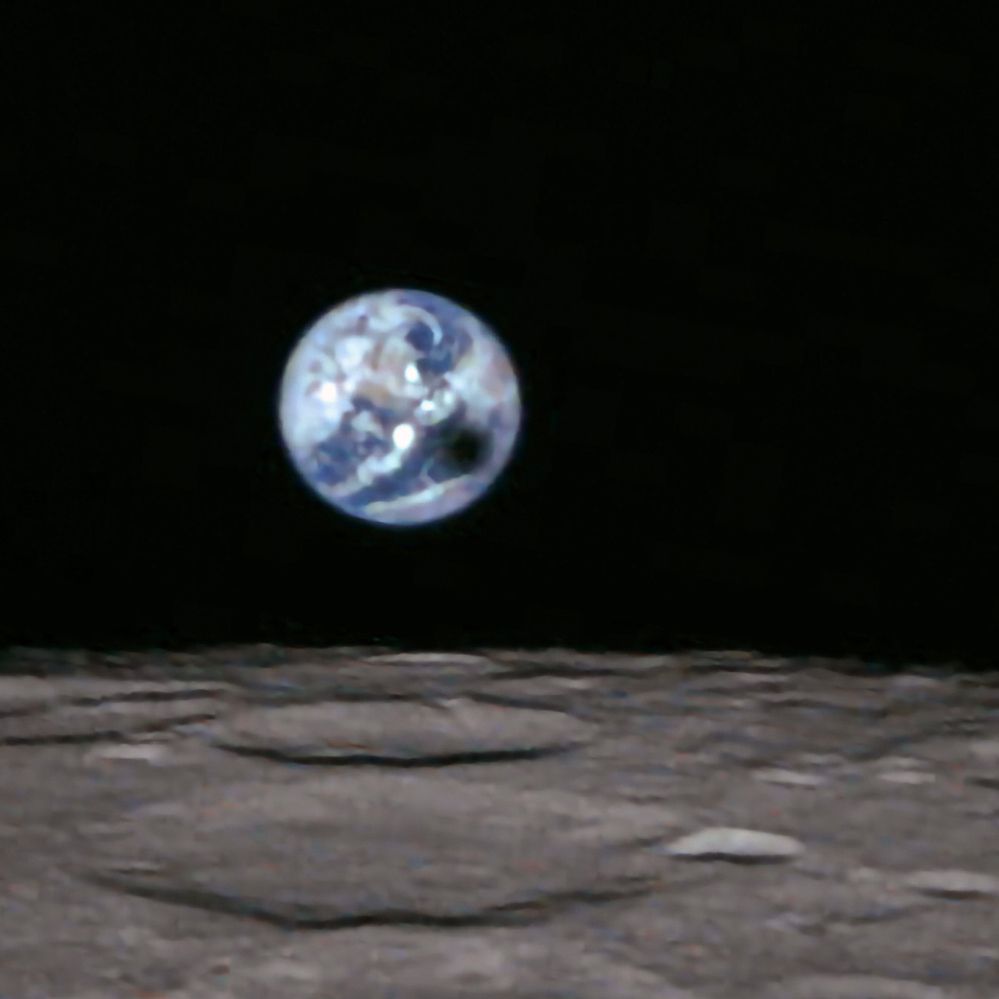 This image feature was originally published in the Summer 2019 (vol. 48, no. 3) issue of Mercury magazine, an ASP members-only quarterly publication.

On July 2, 2019, the Moon passed directly between Earth and the Sun in what was the first total solar eclipse since the Great American Eclipse, on August 21, 2017. The shadow of the Moon crossed the southern Pacific Ocean and was visible to viewers in parts of Chile and Argentina, many of whom traveled far to witness the event. The eclipse was also observed from Earth orbit by NOAA’s GOES satellites—and, thanks to some well-timed observation commands by MingChuan Wei of China’s Harbin Institute of Technology and the student-built camera and radio transceiver on the DSLWP-B/Longjiang-2 satellite, from beyond the Moon itself.

The image seen here is one of a series captured by the Inory Eye camera aboard DSLWP-B, a microsatellite that has been orbiting the Moon since June 2018. It has been re-oriented from the original so the horizon of the Moon runs along the bottom (north on Earth is aimed to the upper left) and color-adjusted to approximate natural color. The dark spot on Earth is the Moon’s shadow over the Pacific off the western coast of Chile, captured at around 19:00 UTC on July 2.

The commands to image the eclipse were uploaded to the spacecraft by German amateur radio astronomer Reinhard Kühn, and received by the amateur-operated Dwingeloo Telescope in The Netherlands. Since the camera is incapable of movement, the only way to frame the view is by accurate timing and pointing of the satellite itself.

These are the first such images of their kind, showing the Moon and its shadow cast onto Earth captured in single-frame pictures. While the satellite has imaged the Earth from the Moon before, this is its first eclipse. Find out more about DSLWP-B on the project website.

Thanks to Tammo Jan Dijkema for the information on Inory Eye and the radio telescope process.