Einstein’s Cross Is a Relativistic Wonder 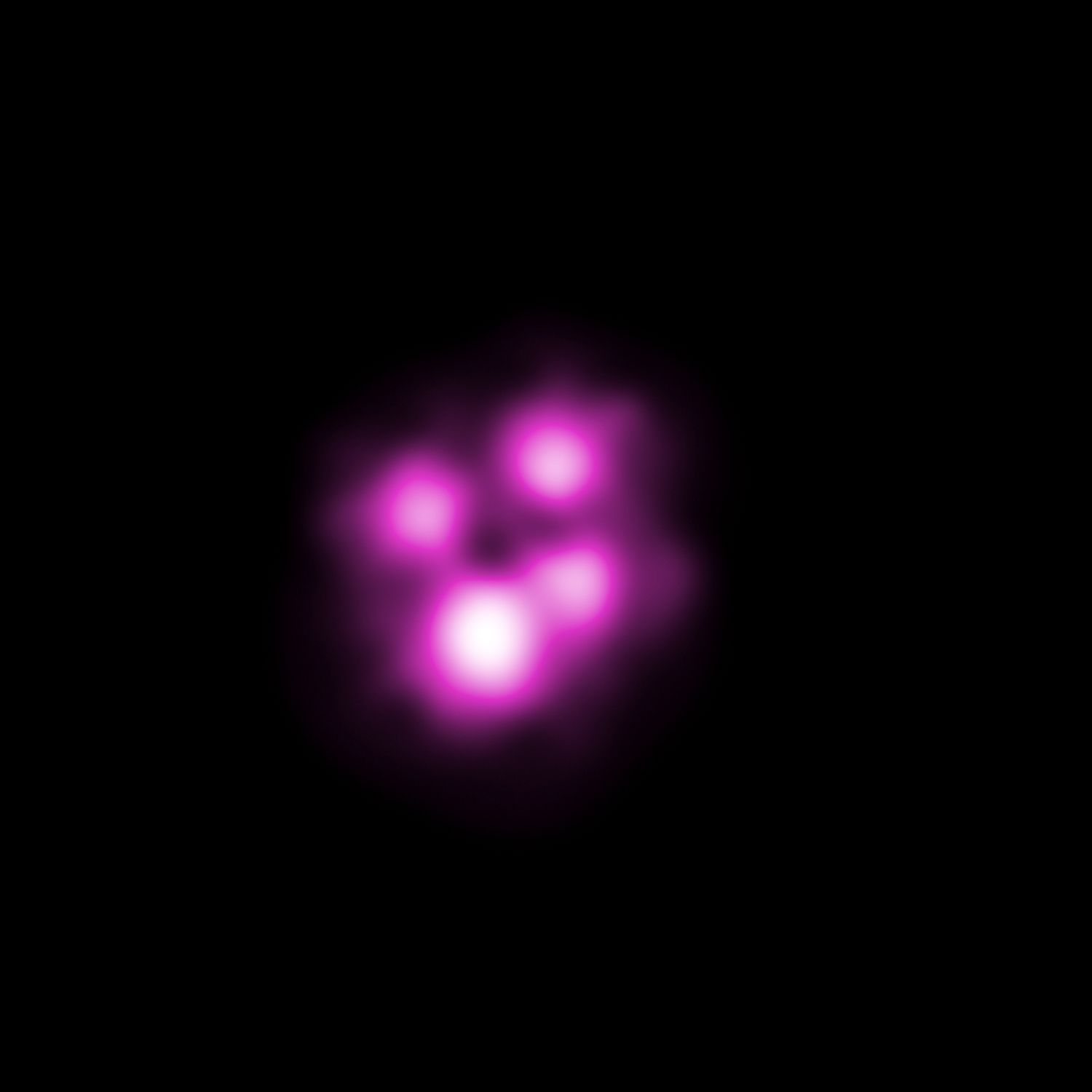 This image feature was originally published in the Summer 2019 (vol. 48, no. 3) issue of Mercury magazine, an ASP members-only quarterly publication.

The four bright spots in this image are actually all the same thing: the bright X-ray glow of the accretion disk surrounding an active supermassive black hole—a quasar—located over 9 billion light-years away in the constellation Pegasus. Between it and us lies an entire galaxy, “only” about 400 million light-years away, and the warping of space by its gravity is acting as a lens to bend the light from the distant quasar into a quadruple apparition known as Einstein’s Cross (Q2237+0305).

Recent observations by NASA’s Chandra X-ray Observatory of this (as well as four other lensed quasars) have been used to measure the size of the magnified X-ray-emitting region surrounding the distant black hole, estimated to contain the mass of 500 million Suns. Using a technique called microlensing, which uses individual stars in the intervening galaxy to increase magnification, a team of researchers has determined that the black hole responsible for Einstein’s Cross is spinning incredibly, mind-blowingly fast—over 70 percent of the speed of light. That’s about 470 million miles (756 million kilometers) per hour!

These findings indicate that over billions of years of accumulating material into rapidly spinning, multimillion-degree disks—especially when aligned with their own rotation—supermassive black holes like the one in Einstein’s Cross can keep accelerating until they achieve near-relativistic velocities.

This year marks the 20th anniversary of the Chandra X-ray Observatory, one of NASA’s four “Great Observatories” investigating our universe in specific wavelengths of light from space. Operated by the Smithsonian’s Astrophysical Observatory in Cambridge, MA, Chandra launched aboard Space Shuttle Columbia (STS-93) on July 23, 1999 and is positioned in a highly elliptical orbit, taking it as far as 83,591 miles (134,527 kilometers) from Earth. Watch the video by Steer Films about Chandra’s amazing journey from development to launch and how it has opened our eyes to the X-ray universe.