Sgr. A* Is the Milky Way’s Hammer Throwing Champ 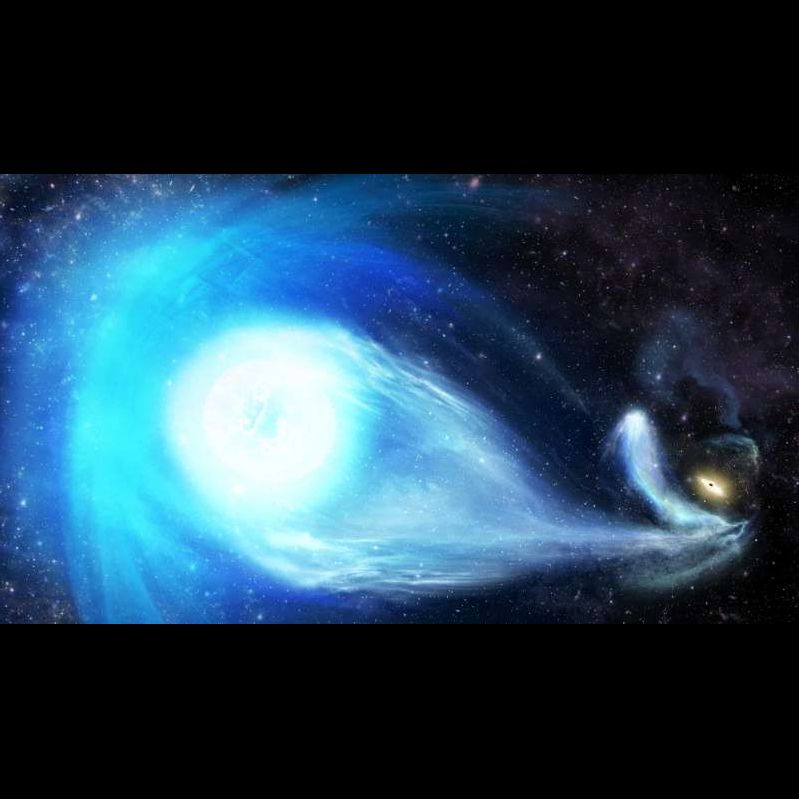 A serendipitous observation has sent an international team of astronomers on a trail of discovery, ultimately leading them to an inescapable truth: our galaxy’s supermassive black hole is a track and field superstar.

Using the 3.9-meter Anglo-Australian Telescope (AAT) near Coonabarabran in New South Wales, astronomers detected a star, approximately 29,000 light-years away, careening through space at the breakneck speed of six million kilometers per hour (or 1,000 miles per second!). Known as S5-HVS1, this star certainly stands out from the crowd; it’s traveling ten times faster than any other star in our galaxy and has exceeded the Milky Way’s escape velocity. In other words, it’s simply traveling too fast to be remain gravitationally bound to our galaxy.

“The velocity of the discovered star is so high that it will inevitably leave the galaxy and never return,” said Douglas Boubert from the University of Oxford and co-author of a new study published in the journal Monthly Notices of the Royal Astronomical Society.

Hypervelocity stars have been spotted before, but due to the S5-HVS1’s relatively close proximity, and follow-up observations by the European Gaia space telescope that is precisely measuring the positions and motions of billions of stars, the researchers were able to precisely backtrack the star’s journey through the galaxy. And it turns out that it originated from the heart of the Milky Way in the vicinity of our four-million solar mass supermassive black hole, Sagittarius A*, or Sgr. A*.

It’s thought that, approximately five million years ago, S5-HVS1 was part of a binary star system living near Sgr. A*. At some point, the system strayed dangerously close to the gravitational behemoth and S5-HVS1’s partner was captured by the black hole’s immense gravity. Like an Olympic thrower releasing the hammer after spinning at great speed, S5-HVS1 was launched at thousands of miles per second, starting its epic hypervelocity journey into intergalactic space.

“My favorite part of this discovery is thinking about where this star came from and where it’s going,” said Alex Ji, of the Carnegie Institution for Science. “It was born in one of the craziest places in the universe, near a supermassive black hole with lots of other nearby star friends; but it’s going to leave our galaxy and die all alone, out in the middle of nowhere. Quite a fall from grace.”

Image: An artist’s impression of the hypervelocity star being “thrown” by Sgr. A*. [James Josephides]