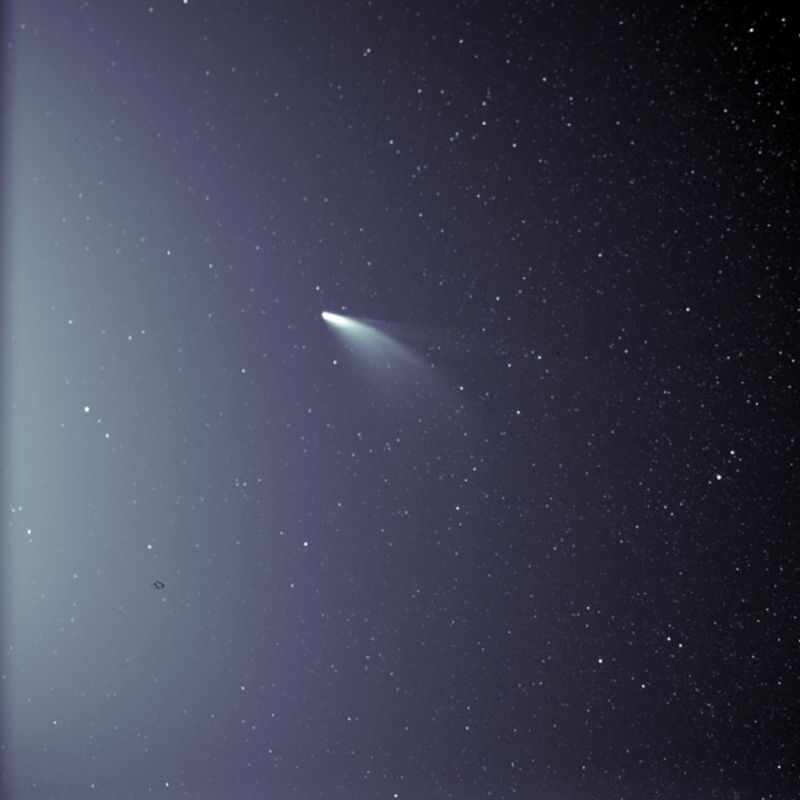 Astronomy has been abuzz with observations of a bright unaided-eye comet in the early morning hours. Comet C/2020 F3 NEOWISE is the brightest comet that’s shown up in the skies in years. Over the past several days, Comet NEOWISE has been visible pre-dawn, but the good news for those of us who aren’t early risers is the comet is now visible just after sunset. That’s because it’s moving quickly in its trajectory around the Sun, and so the geometry between Earth and the comet is also changing rapidly. In the evening, it's visible in the Northwestern sky, just above the horizon. I plan on looking for it the next several evenings. As you’re also eagerly scanning the sky for Comet NEOWISE, here are some other interesting facts and trivia about this visitor from cold storage.

NASA is also hosting a public broadcast and a media teleconference tomorrow afternoon about Comet NEOWISE, if you’d like to find out more about this visitor.