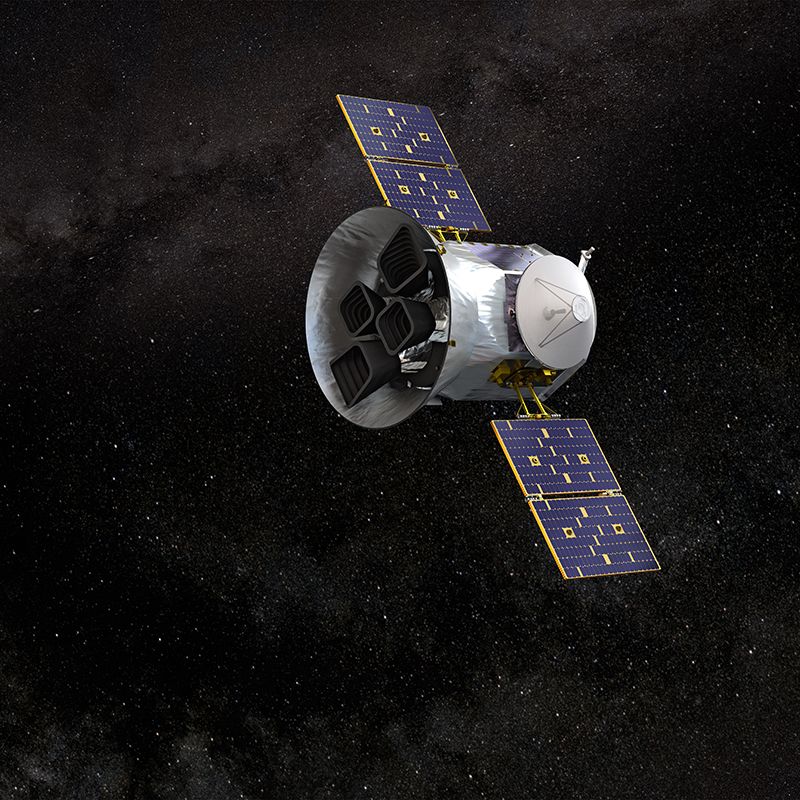 NASA’s current exoplanet-detecting spacecraft has completed its primary two-year mission, but like most space missions, there’s far more science to be done. The Transiting Exoplanet Survey Satellite (TESS) moved into its extended mission in July, which will continue to at least September 2022.

In its primary mission, TESS imaged about three-quarters of the sky in an overlapping tilework fashion, staring at each 24-by-96-degree strip for 27.4 days. Scientists look for tiny dips in stars’ brightnesses, each of which could signal a planet passing in front of its star. To discover exoplanets, TESS needs to watch at least two of those dips to ensure something is circling the star. As of today, TESS has discovered 66 planets around other stars and more than 2.000 candidate exoplanets.

Because it watches sections for less than a month at a time, TESS is likely to uncover exoplanets that lie close to their stars and complete an orbit in 13 Earth-days or less. For reference, Mercury takes 88 Earth-days to travel around the Sun. Most of the exoplanets TESS has found orbit red dwarf stars, which are cooler and smaller than the Sun.

In its extended mission, TESS will look again for a year at the southern sky and then spend 15 months staring at the ecliptic — the plane of Earth's orbit around the Sun, and a region the primary mission didn’t study. And while the spacecraft will continue looking for exoplanets, astronomers are using TESS data for other research as well. The brightness changes TESS sees in thousands of stars aren’t only from exoplanets; these could result from natural pulsations in stars, eclipses between binary stars, or even sudden stellar flares or other explosions. In fact, TESS has seen all of these non-exoplanet targets, and it even watched a black hole in another galaxy shred a star.