Signs of Life at Venus? Maybe 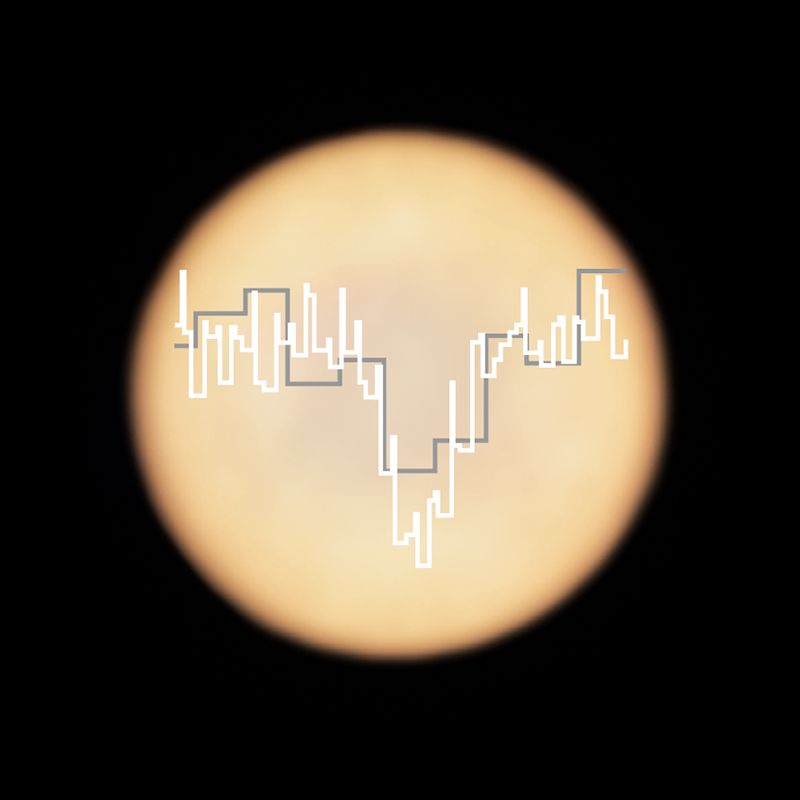 An international team of planetary scientists found a surprise at Earth’s acidic, cloudy neighbor, Venus: signs of a molecule that, on Earth, only microbes can create in large amounts. Scientists have spotted this molecule, phosphine, at both Jupiter and Saturn, but at those gas giant planets, the molecule can form deep in their gas layers from high pressures and temperatures. The rocky inner planets cannot mimic those processes, and no known geological or planetary process could create it; biology could, though.

Phosphine — PH3, which is one phosphorus atom and three hydrogen atoms — is a colorless and flammable gas. As light passes through the gas, the molecule absorbs light at a few specific wavelengths. When scientists used the James Clerk Maxwell Telescope (JCMT) in June 2017 to detect the millimeter radiation at Venus, they saw a dip at one of those specific wavelengths. That means phosphine exists in the Venusian atmosphere and absorbs that light. But the researchers needed to confirm that signal with a different instrument, to be sure, before reporting their results. In March 2019, they used the Atacama Large Millimetre/submilletre Array (ALMA), and they saw the same signal.

A signal doesn’t mean a discovery — especially one as “big” as a sign of life. They built computer models to understand if any known physical process not associated with life could create the atmospheric signal. None created the amount spied by JCMT and ALMA. “If no known chemical process can explain PH3 within the upper atmosphere of Venus, then it must be produced by a process not previously considered plausible for Venusian conditions,” wrote the researchers in their discovery paper, published September 14 in Nature Astronomy. “This could be unknown photochemistry or geochemistry, or possibly life.”

This isn’t the first time scientists have mentioned the possibility of life in Venus’ atmosphere. In fact, the late Carl Sagan and Harold Morowitz wrote in Nature in 1967: “While the surface conditions of Venus make the hypothesis of life there implausible, the clouds of Venus are a different story altogether…. If small amounts of minerals are stirred up to the clouds from the surface, it is by no means difficult to imagine an indigenous biology in the clouds of Venus.”

This phosphine detection is exciting, for sure, but it’s also important to be skeptical. Sagan also said, “Extraordinary claims require extraordinary evidence.” They do, indeed.