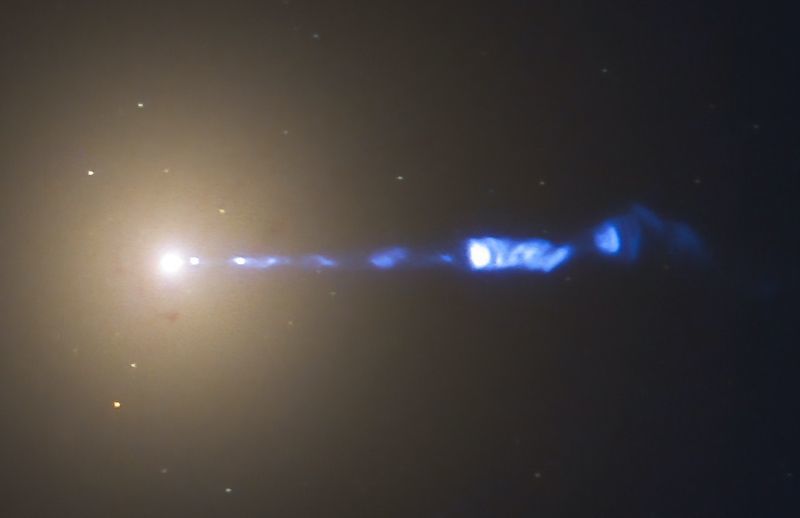 This is a view of a clumpy, twisted, 5,000 light-year-long relativistic jet blasting into space from the supermassive black hole (SMBH) inside the elliptical galaxy Messier 87, located 53 million light years away in the constellation Virgo.

The black hole in M87 is also the one whose light-lensed shadow was famously revealed to the world in April 2019 by the Event Horizon Telescope team. It’s a cosmic behemoth estimated to contain the equivalent mass of 6.5 billion Suns.

Pulled-in material swirls around the black hole forming its accretion disc. That material gets caught up in the powerful magnetic fields there and then forcefully ejected far out into space as focused jets from its rotational poles. The material in M87’s jet is ejected so energetically, in fact, that it’s traveling very close to the speed of light itself. And because of the jet’s angle near our direct line of sight it actually creates an illusion that it’s moving several times faster than light speed — although not in reality the case.

The data comprising this color-composite image were acquired by the Hubble Space Telescope in January 2016 with the Wide Field Camera 3.