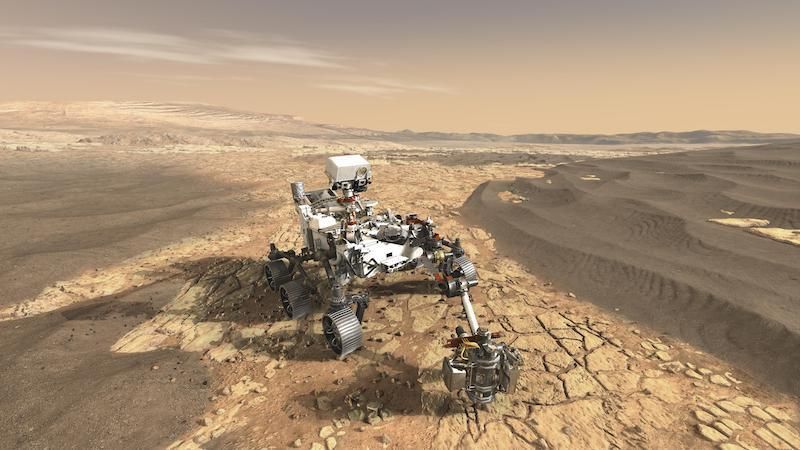 At 12:55pm Pacific Time, NASA’s Jet Propulsion Laboratory mission control erupted in applause as Mars gained its newest inhabitant. The Perseverance rover landed safely on the martian surface, after an anxiety-producing autonomous descent and landing. This spacecraft hosts a variety of astrobiology and geology instruments in addition to the Ingenuity quadcopter, which will test flight on another world for the first time.

The spacecraft followed a similar entry-descent-landing sequence to the Curiosity rover in 2012 — the so-called “seven minutes of terror.” Perseverance touched the thin martian atmosphere at 12:49pm Pacific time and began slowing its velocity using a heatshield and thrusters, followed by a parachute. Once it was within a mile of the surface, the parachute was jettisoned, and then more thrusters helped slow its descent further. In the final several seconds of flight, the rover separated from the spacecraft via a skycrane, which softly set down the rover on the surface. The entire process was autonomous, meaning there’s no human intervention.

Three minutes after Perseverance touched down, mission control received the rover’s first photo of the landing site (although they haven't yet released the image to the public). Engineers and scientists are analyzing the data to determine precisely where within Jezero Crater on the Mars surface the rover landed. A post-landing news briefing will air at 2:30 Pacific today.