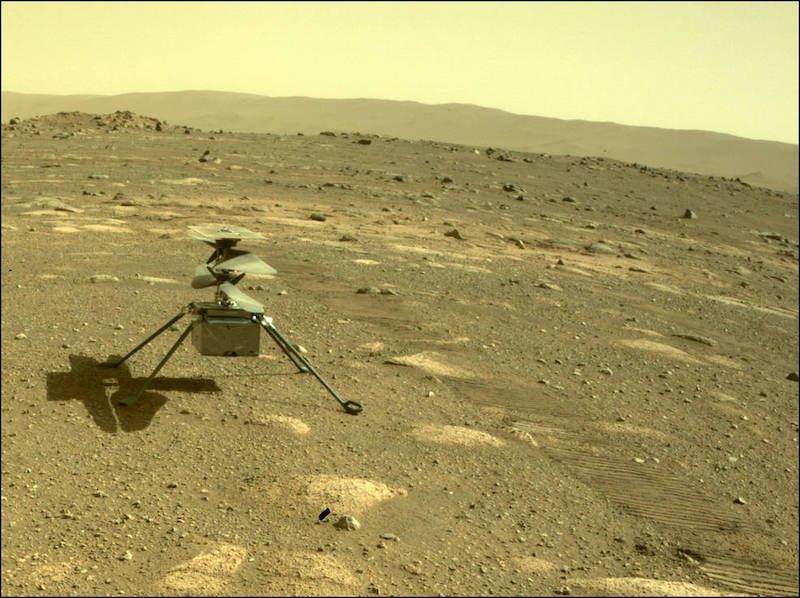 The Perseverance rover captured this image of the Ingenuity helicopter on the Martian surface April 4. [NASA/JPL-Caltech]

There’s a helicopter sitting on the surface of Mars, and within a week it might fly in the planet’s thin atmosphere. The Ingenuity rotorcraft is now charging its solar panels, obtaining the energy it will need for its first flight, scheduled no earlier than April 11.

The craft arrived at Mars in February, attached to the belly of NASA’s Perseverance rover. This past Saturday, the rover deployed the helicopter, releasing it to the surface. Ingenuity has successfully survived the Martian evening — where the temperatures drop to minus 130 degrees Fahrenheit (minus 90 degrees Celsius) — and is now basking in the sunlight. The next few days will involve tests of the power and thermal systems followed by further tests of the craft’s rotor blades. And then, hopefully next week, Ingenuity will have a successful first flight in the thin atmosphere of Mars.