The Spring 2021 issue of Mercury is LIVE 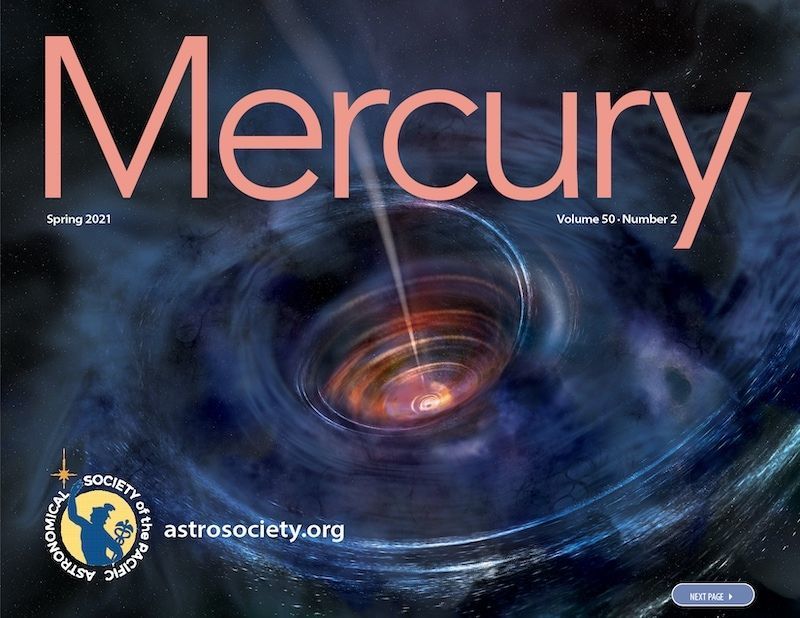 The Spring 2021 issue (Vol. 50 No. 2) of Mercury magazine is now available for our members! This issue marks the second in Volume 50 of Mercury. To celebrate, and to reflect on the time that has passed since the magazine launched in 1972, this issue and the other three in this year each include several columns and feature articles that focus on discoveries and other ways astronomy has changed in the past five decades.

Featured in this issue: