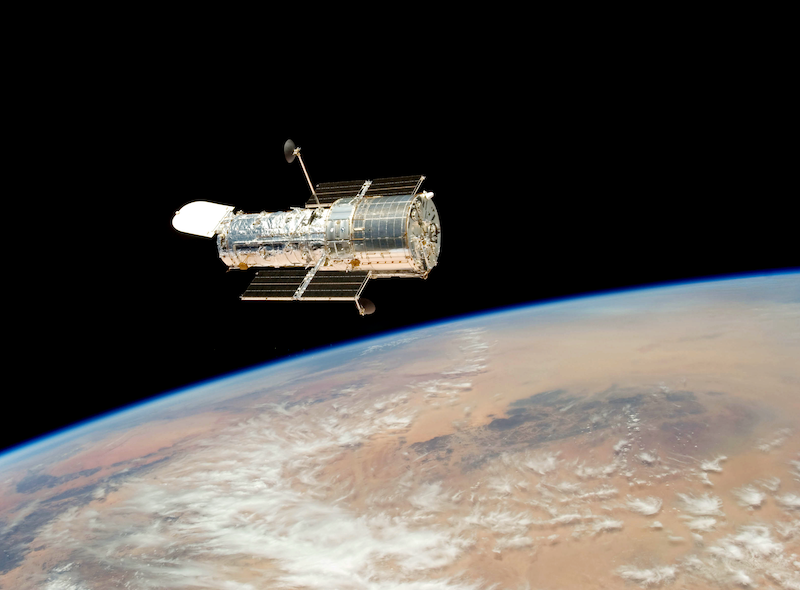 In this photo from the Space Shuttle Atlantis crew in 2009, the Hubble Space Telescope appears to float above Earth. [NASA]

For more than a month, astronomy’s most famous telescope hasn’t been functioning properly. On June 13, the Hubble Space Telescope suspended science operations due to an issue related to the payload computer. This main payload computer controls, coordinates, and monitors Hubble’s science instruments. When the fault arose last month, the science instruments went into safe mode. After nearly a month of testing, the mission team announced on July 13 it had identified the problem and would begin a resolution today, July 15.

The good news is Hubble’s SI C&DH unit also has a backup payload computer and backup PCU, and the team will start the switch to the backup PCU today. “If successful, it will take several days to completely return the observatory to normal science operations,” noted a NASA press statement.

In Hubble’s 31 years of operation, there have been several other scary shutdowns. In fact, in 2008 there was a similar switch to a backup module on the SI C&DH. The 2009 servicing mission then replaced the entire SI C&DH. Fingers crossed this fix works, because humanity is no longer capable of physically upgrading the telescope.