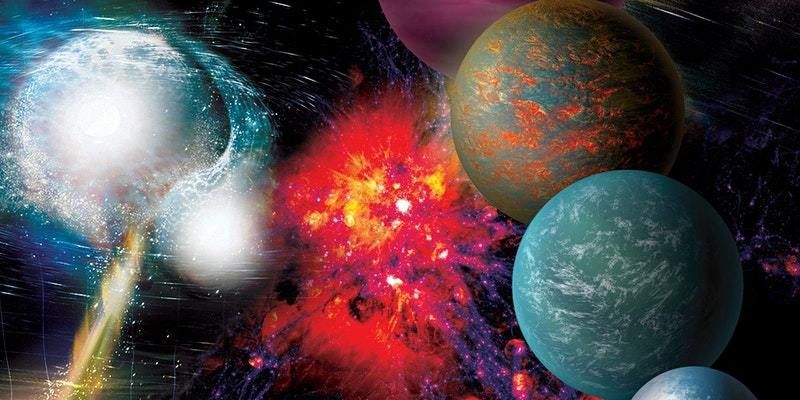 Once per decade, professional astronomers in the United States release their recommendations for the highest-priority science themes and projects, and thus the direction they think the field should move toward. This so-called "Decadal Survey," supported by the National Academy of the Sciences, is an extremely influential document and helps guide American astronomy for the years and decades to come. For example, the soon-to-launch James Webb Space Telescope, the in-progress Vera Rubin Observatory, and the currently operating Hubble Space Telescope have all been highly recommended projects in past Decadal Surveys. This decade’s report, Pathways to Discovery in Astronomy and Astrophysics for the 2020s (Astro2020, for short), was released earlier today.

This Decadal Survey’s 20-person steering committee led the project with input from hundreds of white papers and more than a dozen panels of professional astronomers focusing on science themes, research requirements, and societal impacts. Astro2020 lays out the hoped-for direction of astronomy’s next couple decades, providing recommendations to NASA, the National Science Foundation (NSF), and the Department of Energy on the projects and subject matter to focus on.

The report groups research in the next decade and beyond into three main science themes and prioritizes the most important research area within those: (1) worlds and suns in contexts (and specifically, pathways to habitable worlds), (2) new messengers and new physics (and specifically, new windows on the dynamic universe), and (3) cosmic ecosystems (and specifically, understanding the drivers of galaxy growth). During a November 4 public presentation about Astro2020, the steering committee co-chair, Fiona Harrison, said she and her colleagues thought of this report as “paving the pathway to exploring the cosmos.”

To achieve significant steps in these scientific goals, the committee recommends that NASA take a different approach to how the agency plans and develops large-scale space missions. Instead of focusing on one large-scale, so-called “flagship” mission for two decades followed by the next, Astro2020 recommends NASA invest more into the earlier stages of these largest missions and work on different stages of multiple such projects at the same time. Such a “Great Observatories Mission and Technology Maturation Program” (named as a reference to the agency’s Great Observatories program of the 1990s to early 2000s) would provide further ways to verify the projects are staying on schedule and on budget.

The first project to enter this program, and the highest-priority space mission to begin development, would be a 6-meter diameter infrared/optical/ultraviolet (IR/O/UV) telescope. This telescope would launch in the early 2040s, and it could search for the atmospheric signatures of life at other planets in addition to being transformative to other areas of astrophysics. The Astro2020 committee recommends within the decade after this IR/O/UV telescope enters this new maturation program, two additional large-scale space telescope concepts also begin being investigated. These would be a far-infrared space telescope and a high-resolution X-ray observatory, both of which would jointly study the multiwavelength universe.

In addition to these large-scale space-based missions, the decadal committee recommends a focus on time-domain astronomy with an agile fleet of small- and medium-size observatories detecting across the electromagnetic spectrum. The report also suggests NASA add another class of space telescope: something larger scale than the current Explorers program, but smaller than the flagship missions; this new “Probe” class of telescopes would have a cost cap of $1.5 billion and launch at a rate of one per decade.

Exploring from the ground

The highest priority ground-based instrumentation of the next decade is the extremely large optical telescope program, of which two such U.S.-led telescopes are currently in development: the Thirty Meter Telescope and the Giant Magellan Telescope. “These observatories will create enormous opportunities for scientific progress over the coming decades and well beyond, and they will address nearly every important science question across all three priority science themes,” states the Astro2020 report. “The success of at least one of these projects is absolutely essential if the United States is to maintain a position as a leader in ground-based astronomy.”

The report also recommends investment in a next-generation, so-called “stage-4,” cosmic microwave background telescope. Such a project will study from Antarctica the relic microwave radiation from the early universe, looking for and mapping faint patterns in the radiation.

The third ground-based project Astro2020 prioritizes is a next-generation Very Large Array, a radio array spanning the continental United States to image radio sources across the sky in detail.

To compliment these large-scale projects, the decadal report suggests the NSF expands the Astronomy Mid-Scale Program, with projects in the $4-$10 million range. The report also recommends investing in technologies to improve the current ground-based gravitational wave observatories and plan for the next generation of detectors.

Along with these recommended space-based and ground-based projects, this decadal survey prioritizes the importance of diversity and equity within the field of astronomy. The report includes a chapter about the professional itself and astronomy’s societal impact. “Diversity is a driver of innovation, and the astronomy and astrophysics enterprise can be at its most innovative only when it maximizes and fully utilizes the diversity of its human talent, ensures equitable access to opportunities, removes barriers to participation, and when it values diverse forms of expertise in its leadership. Equity demands that what is pursued with the nation’s resources are done in a manner consistent with the principles of fairness and equal opportunity that are core to society’s ideals. Anyone with the ability and the drive to contribute through astronomical discovery should have a fair chance to do so, and be free of fear, harassment, or discrimination.”

These few hundred words are only a small portion of what you can find in the complete 600-page report. You can read through the entire report at the National Academy of the Sciences.