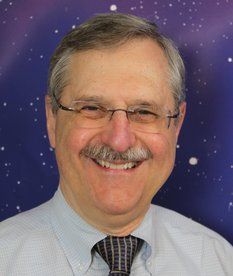 Andrew Fraknoi retired as Chair of the Astronomy Department at Foothill College near San Francisco in 2017, and now teaches short courses for retired people at the Fromm Institute at the University of San Francisco and the OLLI Program at San Francisco State University.  Between 1978 and 1992, he served as the Executive Director of the ASP, and still helps the Society with some of its educational programs.   He is the lead author of a free, open-source introductory astronomy textbook (published by the nonprofit OpenStax Project at Rice University) and has written two books for children and several activity manuals for teachers.  He is on the Board of Trustees of the SETI Institute and is Vice Chair of the Board of the Friends of Lick Observatory.  The International Astronomical Union has named Asteroid 4859 Asteroid Fraknoi in recognition of his contributions to the public understanding of science.  You can read more of his work and about his work at fraknoi.com.