Free Live NSN Webinar Series - NASA's Search for Meteorites in Antarctica: Who, What, When, Where, Why and How? 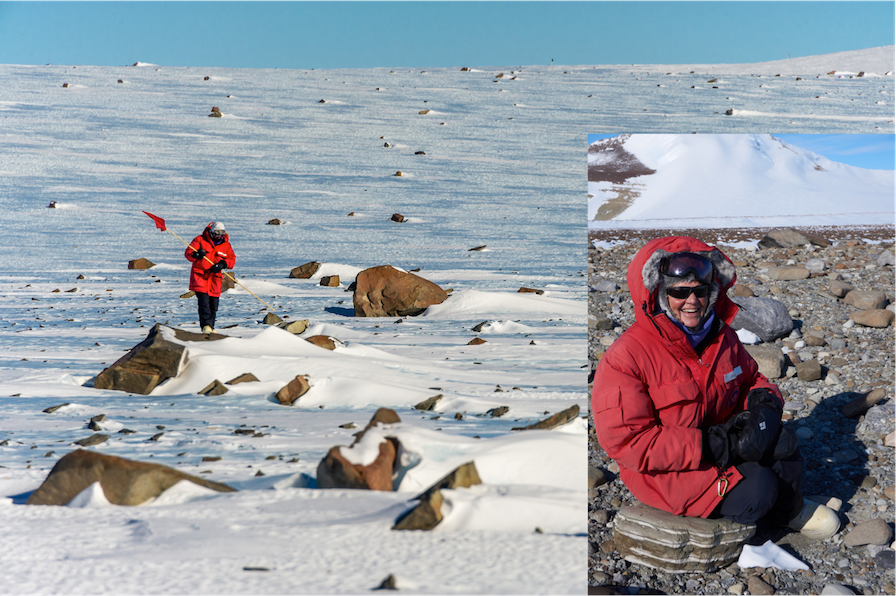 Dr. Evans will describe some of her recent experiences deployed to Antarctica as part of NASA’s Antarctic Search for Meteorites (ANSMET) 2019-2020 field team. She will also discuss the importance of NASA’s meteorite collection for understanding solar system evolution and relevance for current and future NASA missions.

Cynthia Evans is the Senior Exploration Scientist for the Astromaterials Research and Exploration Science (ARES) Division within the Exploration Integration and Science Directorate at NASA's Johnson Space Center. Trained as a geologist and oceanographer, Evans earned a Ph.D. in Earth Sciences in 1983 from the Scripps Institute of Oceanography, University of California, San Diego and a BS in geology from the University of Rochester. Prior to coming to JSC in 1988, she taught geology at Colgate University and Columbia University’s Lamont-Doherty Earth Observatory.

Evans has served in several positions at NASA, including ARES Division Chief and Astromaterials Acquisition & Curation Office Manager, the home to all of NASA’s Extraterrestrial Collections. She has worked extensively with astronaut crews and mission operations teams to develop and implement science requirements, including crew training, mission planning, and data evaluation. In her role as Senior Exploration Scientist, she is formulating the science operations and science integration support for the Artemis Program missions to the Moon, including training future astronaut crew members in geological field work to prepare them for future planetary exploration.

Evans has also conducted and participated in several field and ship-based campaigns studying rocks from ocean basin environments, and served on two Antarctic Search for Meteorite (ANSMET) field teams, collecting meteorites during the 2015-16 field season in Antarctica’s Miller Range and again during the 2019-20 field season to the Davis-Ward nunataks.