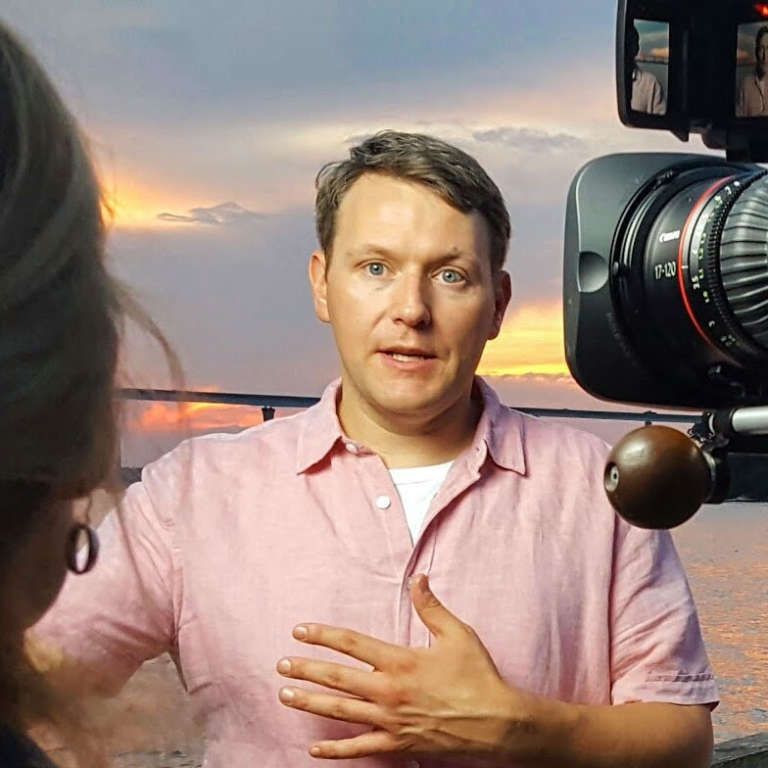 Join the NASA Night Sky Network on Tuesday, June 22 at 6:00pm Pacific Time (9:00pm Eastern) to hear Dr. Karl Battams give an overview of sungrazing comets, and how you can contribute to their study through the Sungrazer Citizen Science project.

Sungrazing and near-Sun comets represent well over half of all officially cataloged comets, yet are among the most poorly-understood objects in our solar system. Most of these comets follow orbits through space that place them into the most extreme environment our solar system has to offer, most often leading to a one-way death-plunge into the searing solar corona, at velocities exceeding 0.2% the speed of light! In this seminar I will begin with an overview of the discovery of these comets, most of which are found via the NASA-funded “Sungrazer” Citizen Science project, and the variety of Sun-watching spacecraft that discover and observe them. I will then briefly describe the various quirks of these comets including their physical and orbital properties, and discuss their tendency for clustering and fragmentation. Then, for the remainder of the seminar, I will provide details on the variety of science that we can learn from these comets, which not only allow us to explore fundamental properties of comets, but also to gain entirely unique science regarding the Sun’s outer atmosphere and solar outflows.

Dr. Karl Battams is an astrophysicist and computational scientist based in the Solar and Heliospheric Physics Branch at the US Naval Research Laboratory. He is the Principal Investigator (PI) of the LASCO coronagraph telescopes on the ESA/NASA SOHO satellite and, for over seventeen years, has been the PI of the NASA Sungrazer Citizen Science Project, which has discovered more than 4,100 comets. He is also a member of the science team for several other active heliophysics missions. Karl’s research interests span from studies of the solar atmosphere, to comets and asteroids, to dust trails, and more. He has presented numerous times on the subject of comets to audiences of all ages and backgrounds, and given countless online news media, radio, and television documentary interviews. He tweets about the Sun, comets, and more, as @SungrazerComets on Twitter.

Viewing Options
The event will stream live on YouTube, but please note that questions asked over the NSN-members-only Zoom Q&A will be prioritized.

The recording will be uploaded both to the webinar’s resource page and to the NSN YouTube page for folks that are unable to attend this evening’s session.