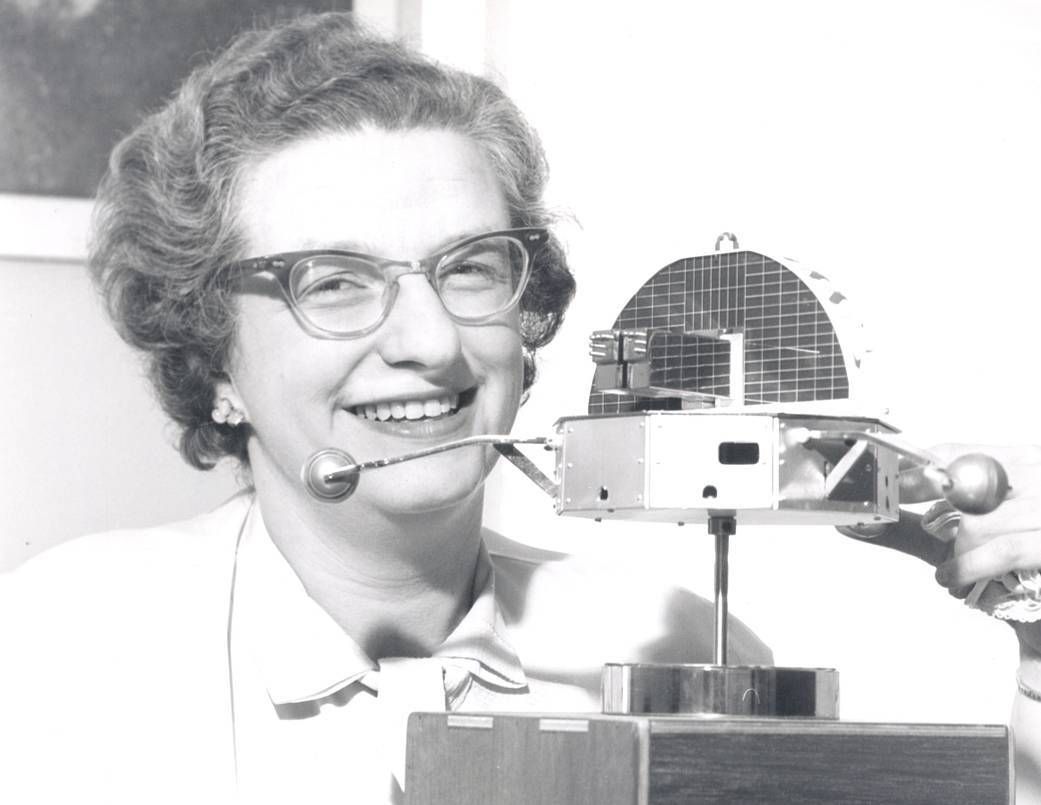 In honor of Nancy Grace Roman, who spearheaded the development of the Hubble Space Telescope and was a generous benefactor of the Society, ASP announces the creation of the Nancy Grace Roman Award for outstanding contributions in promoting gender equity and inclusion in astronomy and related fields.

San Francisco, California – February 9, 2021 Astronomical Society of the Pacific has established a new award, named in honor of Nancy Grace Roman, to celebrate the contributions of individuals, groups, and/or organizations working to encourage women and girls to participate in astronomy and related fields and promote gender inclusion. Calls for nominations for the inaugural award will be announced in early 2022 with the recipient, selected by the ASP Board of Directors, to be honored in a ceremony later that year.

Nancy Grace Roman was an icon in the history of astronomy research and space exploration.  She was often called “mother” of the Hubble Space Telescope for her work in spearheading its development.  Roman was also a vocal advocate for encouraging girls to participate in STEM as well as a generous supporter of the ASP. Born in 1925, Roman loved astronomy from a very early age and credited her parents’ encouragement as the engine that fueled her lifelong passion for science by teaching her to bird watch, love nature, and observe the stars and locate constellations.  By the time she was 11 years old, she had organized a weekly astronomy club for her girlfriends, so she could share her knowledge about the night sky with them.

In the years that followed, Dr. Roman planned many of the highly successful programs and experiments for NASA’s space missions, including SpaceLab, Gemini, Apollo, and Skylab. In 1979, NASA felt ready to develop a program to launch a large and versatile space-based telescope. Dr. Roman was hired by the agency to plan and campaign for this new generation of telescope, helping NASA pitch the project to a variety of skeptical government agencies, including Congress. Dr. Roman’s passionate advocacy is credited for the launch of the Hubble Space Telescope in 1990, the instrument that for decades has provided the research community with images and data that has fundamentally transformed humanity’s understanding of the cosmos. Most recently, NASA announced it is naming its next-generation space telescope - the Wide Field Infrared Survey Telescope (WFIRST) - in honor of Nancy Grace Roman.

Through its annual awards, ASP recognizes achievement in research, technology, education, and public outreach. The awards – which are presented to professionals, amateurs, and educators – include the ASP’s highest honor, the Catherine Wolfe Bruce Gold Medal awarded since 1898 for a lifetime of outstanding research in astronomy. The Bruce Gold Medal has gone to some of the greatest astronomers of the past century, including Arthur Eddington, Edwin P. Hubble, Subrahmanyan Chandrasekhar, and Vera Rubin. The ASP also presents the Klumpke-Roberts Award for outstanding contributions to the public understanding and appreciation of astronomy. Awardees include Carl Sagan, Isaac Asimov, and the Hubble Heritage Project.  Most recently, the ASP established the Arthur B.C. Walker II Award, recognizing outstanding achievement by an African-American scientist in both astronomy/space science research and in actively promoting diversity and inclusion in STEM fields. The inaugural recipient of the Walker Award (2016) was Katherine G. Johnson, the NASA mathematician who received the Presidential Medal of Freedom (2015) and whose life was a subject of the book and film, Hidden Figures.

More information about the ASP’s awards and past recipients can be found at www.astrosociety.org/awards