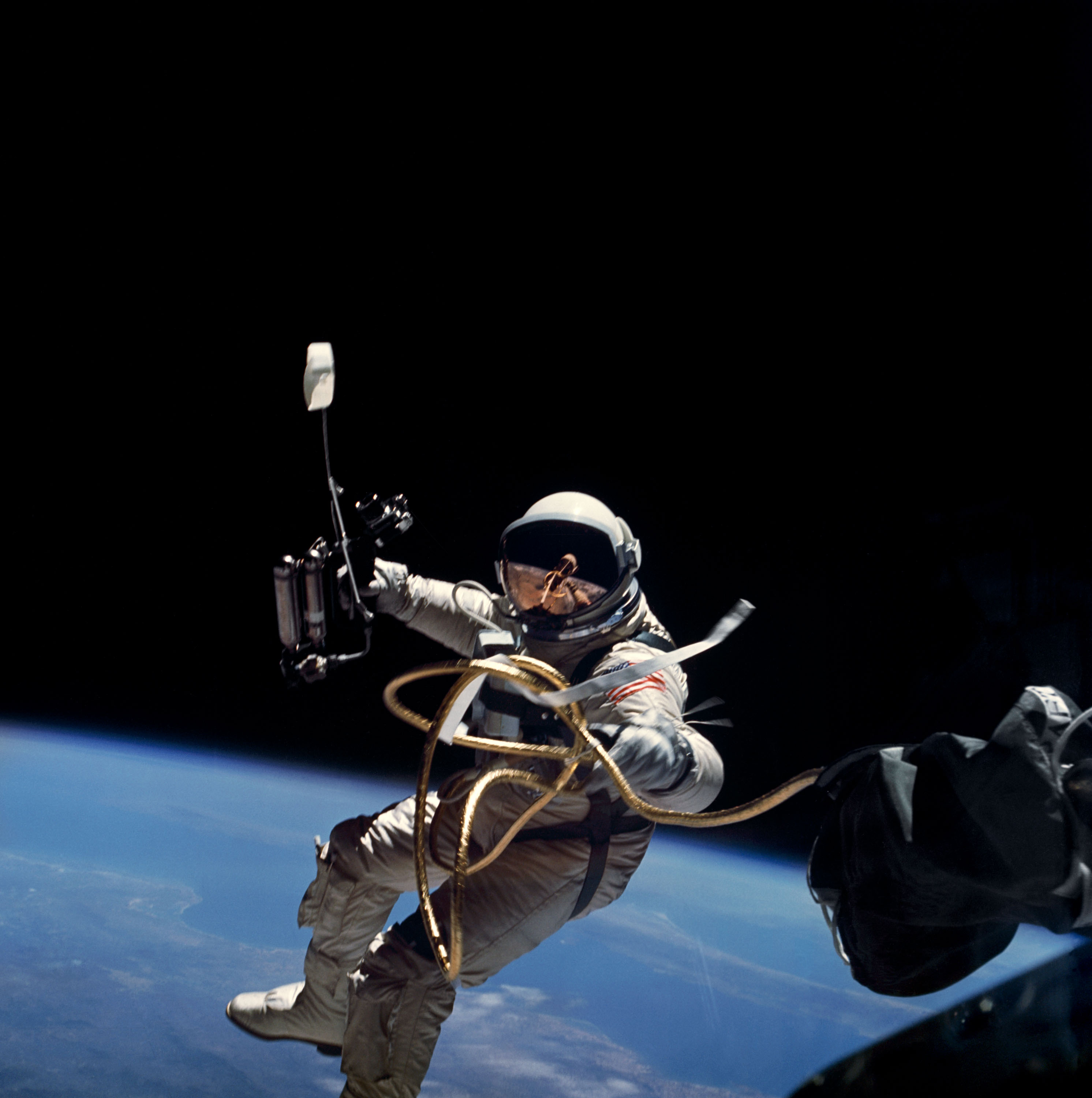 The Astronomical Society of the Pacific (ASP), one of the oldest, innovative, and respected organizations in the U.S. dedicated to increasing the understanding and teaching of astronomy, is proud to announce the recipients of its 2018 awards for excellence in astronomy research and education.

The awards will be formally presented at the ASP Awards Gala (Ceremony and Banquet) on November 10, 2018, at the Doubletree by Hilton Hotel, Burlingame, CA.

The Maria and Eric Muhlmann Award is given for recent significant observational results made possible by innovative advances in astronomical instrumentation, software, or observational infrastructure. The 2018 recipient of the Muhlmann Award is Pieter van Dokkum for the development of a novel means to measure very diffuse and faint structures in the sky.

Dr. van Dokkum is responsible for the “Dragonfly” array, a novel telescope consisting of “normal” telephoto camera lenses that are clustered and instrumented together. There are now 48 lenses in two clusters that can reach a limit of 32 magnitudes per square arc second in a 10-hour exposure over a large field of view. This very inexpensive (by comparison) telescope can outperform the world’s largest telescopes in finding very diffuse galaxies and circumgalactic material. This led to the discovery of so-called “ultra-diffuse galaxies,” which have sizes comparable to the Milky Way but fewer than 1% of the stars. The suggestion is that these are almost entirely made of dark matter. Then by contrast, last year the Dragonfly claimed to have found a dwarf galaxy that is almost entirely devoid of dark matter. This is still somewhat controversial, but undoubtedly the Dragonfly array is making waves. Dr. van Dokkum is at Yale University, where he has a long history of publishing work on galaxies, including over 300 refereed publications with over 34,000 citations and an h-index of 108.

Praising his work, one nominator reflected on how “while pioneering mainstream results on the structure and evolution of galaxies at high redshifts, Pieter does not shy way from taking risks in opening new frontiers of research in uncharted territories.”

The Robert J. Trumpler Award is given each year to a recent recipient of the PhD degree in North America whose research is considered unusually important to astronomy.

The Astronomical Society of the Pacific (ASP) is proud to award the 2018 Robert J.Trumpler Award to Dr. Benjamin J. (“BJ”) Fulton, a staff scientist at NExScI, based at IPAC, a science and data center for astronomy at Caltech. Dr. Fulton’s landmark doctoral dissertation focused on the discovery and categorization of extrasolar planets, and in particular smaller planets between the sizes of Earth and Neptune.

During Fulton’s graduate studies at the University of Hawaii’s Institute for Astronomy, he analyzed data from the W. M. Keck Observatory for over 1,300 planets that were initially discovered by NASA’s Kepler space telescope. The primary result of Fulton’s thesis, under the advisement of Prof. Andrew Howard, is the discovery that the size distribution of extrasolar planets has a gap separating two types: super-Earths with sizes smaller than about 1.5 Earth diameters and sub-Neptunes with sizes 2-3 Earth diameters. The interpretation of this gap is that it represents the separation of rocky planets from low-mass planets with gas atmospheres, and its discovery has already sparked numerous theoretical and observational studies. BJ’s paper announcing this gap garnered immediate attention. A measure of how important this effect is on the field is that it has been given a name, “The Fulton Gap.”

As one of his nominators stated, the Fulton Gap “will undoubtedly be in undergraduate and graduate textbooks. It demonstrates a natural division among planets, on par with the division between rocky planets, ice giants, and gas giants in our Solar System.” Fulton now serves as the deputy project scientist for the NASA-National Science Foundation Exoplanet Observational Research (NN-EXPLORE) program, which funds and operates the NEID spectrograph, an instrument with the ability to discover Earth-like planets orbiting the nearest stars.

The Amateur Achievement Award recognizes significant observational or technological contributions to astronomy by an individual not employed in a professional capacity. The 2018 recipient is Thiam-Guan Tan who has demonstrated an extraordinary record of accomplishment for an amateur astronomer, contributing serious professional work at the highest levels of quality.

Since 2011 Tan has been a key collaborator with the HATSouth, MEarth and KELT exoplanet transit surveys and has contributed observations to a wide array of exciting results and discoveries. To date he has observed over 400 transit candidates and has helped discover twenty-eight transiting and six microlensing planets, including LHS 1140b, one of the closest known potentially habitable planets and KELT-11b, a highly inflated planet with the smallest transit depth of any discovered by a ground-based survey. As part of the KELT collaboration, Tan became one of its foremost observers and has made photometric observations of KELT transit candidates of great importance. This has been achieved despite relatively poor urban seeing conditions and a collecting area of only 12″ of aperture at his home observatory near Perth, Western Australia. As a result of his accomplishments, Tan is an active member of the follow-up working group for NASA’s Transiting Exoplanet Survey Satellite (TESS) mission. In addition to exoplanet research, Tan has also discovered three supernovae, and made significant amateur contributions to microlensing and supernova follow-up observations. He is an inspiration to amateur astronomical researchers all over the world.

As one of his nominators noted, “TG’s observations of these systems are of excellent quality, including both amateur and professional efforts. The KELT project is extremely grateful for TG’s work. He is an inspiration for astronomers all over the world, especially in the burgeoning field of exoplanets.”

The Richard H. Emmons Award — established by Jeanne and Allan Bishop in honor of Ms. Bishop’s father, Richard Emmons, an astronomer with a lifelong dedication to astronomy education — is awarded annually to an individual demonstrating outstanding achievement in the teaching of college-level introductory astronomy for non-science majors. The 2018 recipient is Prof. David Hurd, of Edinboro University in Pennsylvania.

Professor Hurd is recipient of what is the only award in the world that recognizes a lifetime of contributions to the teaching of introductory college astronomy. With more than 30 years of teaching experience, he is both Professor of astronomy (and geology) and Director of the college planetarium at of Edinboro University of Pennsylvania, which serves not only the college’s students but thousands of K-12 students and members of the public in the area. He is known at the college as an approachable, attentive faculty member and as a model teacher. (He was the professor of the year at his university in 2007.) He encourages students to do their own research in educational techniques or materials, and then brings them to conferences he attends.

In addition to his professional efforts, Dr. Hurd shares a personal connection to those with disabilities, as two of his four sons have significant disabilities. His particular specialty is developing educational materials on astronomy for the blind, including tactile books for NASA on such topics as lunar craters, Mars exploration, eclipses, and ocean worlds in the outer solar system. The Dean of Edinboro University wrote about Dr. Hurd, “His genuine exuberance for the stars and the planets is contagious and provocative”. He is just the kind of Astro 101 professor this award was designed to recognize.

One enthusiastic nominator stated, “Dr. Hurd’s natural enthusiasm and creative ability to engage audiences with visible and invisible challenges and abilities is amazing. I love watching ‘the light bulb turn on’ when a student who is blind suddenly ‘sees’ the stars… watching the audience engage never gets old.”

The Thomas J. Brennan Award is given to an individual demonstrating excellence in the teaching of astronomy at the high school level in North America. Peter Detterline, Planetarium Director and high school astronomy teacher for the Boyertown Area School District in Boyertown, Pennsylvania, is the 2018 recipient of the Brennan Award.

Detterline recently counted his 500,000th visitor to the district planetarium and has also been a part-time astronomy instructor at several local colleges and universities. Several generations of students have been inspired to a greater interest, in and involvement with, astronomy through his passion. He has participated in and made contributions to a host of science education programs outside his area, including a robotic observatory in New Mexico, the Mars Desert Research Station, the AAVSO, and the Astronomy in Chile Educator Ambassador Program. He has written observing and observatory manuals, research papers, newspaper columns, and more.

One of his nominators described him in terms every teacher will appreciate; “Mr. Detterline is determined, concerned, inquisitive, happy, funny, tenacious, goal oriented, technologically sophisticated, and passionate about astronomy and teaching.” It’s a list of adjectives that pays appropriate tribute to this whirlwind of educational activity.

Established by Wayne Rosing and Dorothy Largay, the Las Cumbres Amateur Outreach Award honors outstanding educational outreach by an amateur astronomer to K-12 children and the interested lay public. The 2018 recipient is Don Ficken, a member of the St. Louis Astronomical Society who has performed remarkable services in expanding the outreach programs of the society.

Since 2014, Ficken has developed and managed the SLAS Library Telescope program which now circulates 135 telescopes through libraries in eastern Missouri and western Illinois in addition to another five telescopes made available to local pre-college educators. Ficken also expanded the educators’ telescope program to include 13 Sun Spotter telescopes, dedicated to solar viewing, used by library branches for eclipse programs during the summer of 2017. In 2018 Ficken joined an Astronomical Society of the Pacific committee to develop a nationwide Library Telescope Program.

In addition he founded the St. Louis Eclipse 2017 Task Force which worked three years to prepare the St. Louis metro area for the historic 2017 Total Solar Eclipse. Ficken delivered more than 200 presentations in the St. Louis area and grew the task force to more than 300 representatives from schools, science museums, local and state agencies, businesses, libraries, universities, astronomy clubs, and civic groups in central and eastern Missouri and western Illinois. Ficken also produced the June 19, 2017 Saint Louis Solar Eclipse Expo attended by over 4,000 people which included the procurement and distribution of over 160,000 solar eclipse-viewing glasses at no cost to pre-college students and their educators. Ficken subsequently coordinated the collection of over 23,000 used solar viewing glasses for use by schools in South America located in the path of the 2019 solar eclipse.

Highly regarded by his peers in both professional and amateur public outreach, Ficken’s passion for astronomy and space represents the very best practices in amateur STEM education. In praise of his work, one of his nominators said, “Don’s efforts for the expo not only touched the lives of the visitors that day, but it also inspired and enabled other groups to do their own major eclipse outreach efforts.”

Since its humble beginnings in 1889 as a membership society for professional and amateur astronomers, the ASP has evolved into one of the most recognized and well-respected nonprofit astronomy organizations in the country. The ASP is dedicated to bringing together professionals, amateurs, educators, and enthusiasts for the purpose of increasing the understanding of astronomy and improving how we teach that knowledge to others. Boasting a diverse portfolio of astronomy education initiatives funded by NASA and the NSF, professional research journals and publications, and annual awards designed to recognize the achievements of professional and amateur astronomers as well as the work done by formal and informal educators, the ASP is unique in its mission to foster science literacy through the wonder and excitement of astronomy. The ASP is headquartered in San Francisco, and is financially supported by donations, grants, corporate sponsorships, subscriptions, member dues, and retail sales