The Dangers of Collaborative Learning 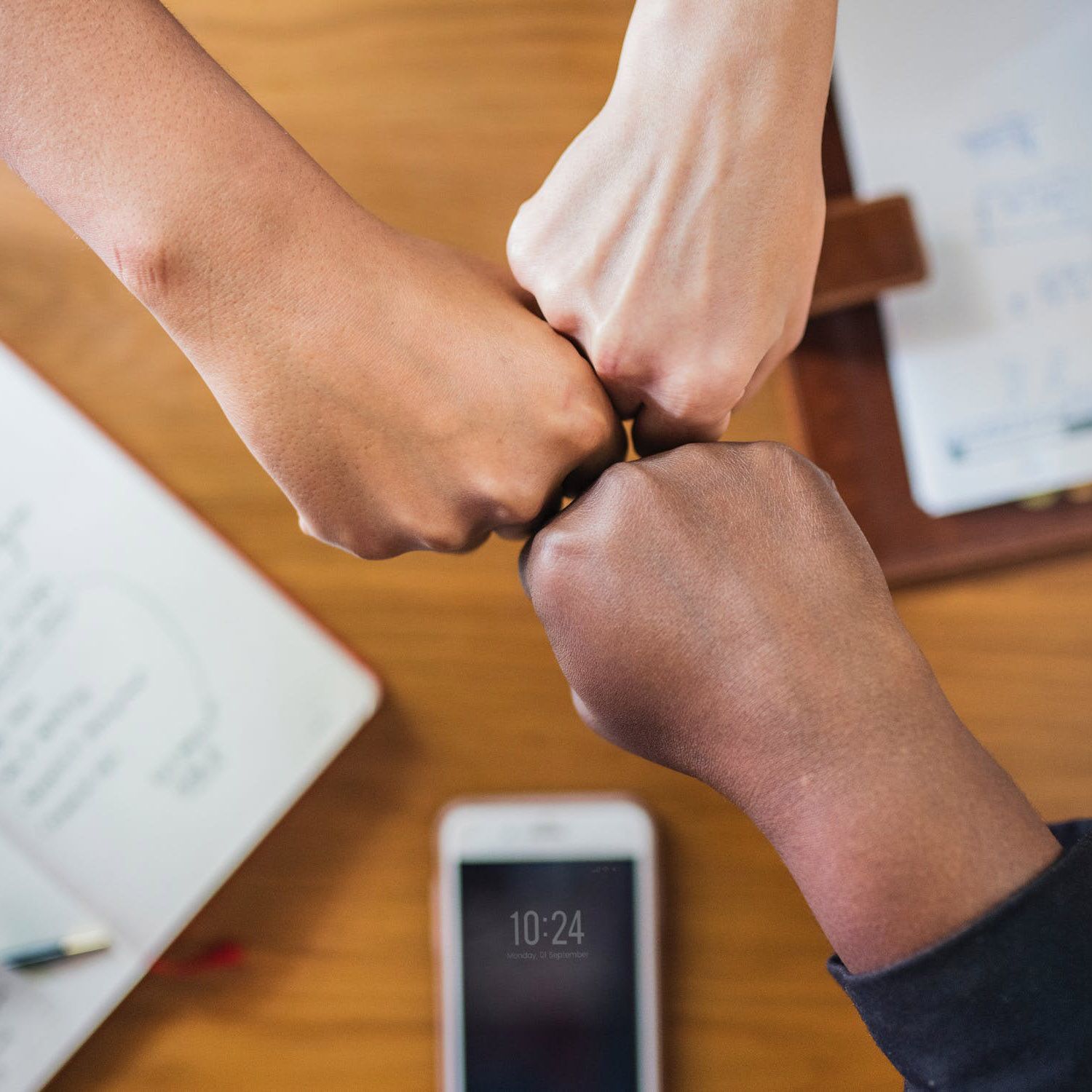 “Dear Dean Hebert,” the email began. It was not an email that I ever thought I would write, and I will freely admit that I was a little concerned about the consequences. Thirty impatient faces looked on as I read aloud the email-in-progress.

Indeed, for my entire teaching career, which reaches back to 1995, this has been the practice. I typically announce it after the second of three in-class exams. The announcement is met nearly instantly with the question, “What if two people get the same high grade?”

“Well, then I guess two people will automatically get an A for the semester,” is my stock answer.

Another hand shoots up. “What if everyone gets the same grade?”

I laugh. “That’s basically impossible, statistically-speaking, but I guess everyone would get an A.”

Then comes the final question. “What if the highest grade is a zero?”

“Well, you still have to take it, and you’d have to trust that nobody else answered even a single question.”

It’s the sort of trust that isn’t typically forged in a one-semester introductory astronomy class for non-science majors. With an enrollment that essentially represents a cross-section of the entire university, Astro101 throws together students with wildly different backgrounds and academic goals. It is the rare semester that I even meet all the students on my roster. I nearly always have students that register but never show up, despite email pleas to attend or drop the class.

And so for years, my stock answers were met with a mix of “I-guess-I’ll-never-get-an-A” resignation and “challenge accepted!” From time to time, the occasional student who had endured a rocky semester bubbled unexpectedly to the top, but most often the highest score on the final exam went to someone who had chronically achieved high marks in every other facet of the class. What I found most encouraging were the students who studied their hearts out to earn that top spot, only to fall slightly short. Perhaps they didn’t get A’s, but they fared better in the course than they would have without the challenge.

It was, as far as I could tell, a safe plan to give everyone that much-needed late semester push.

Meanwhile, as the years came and went, I found myself incorporating more and more collaborative learning activities in my classes. At first I required students simply to discuss personal response questions or to do the occasional lecture tutorial with the students around them. Unsurprisingly, I spotted weaknesses in self-selected groups, but since I was not yet formally assessing group work, I did little more than ask them to shuffle group members occasionally throughout the semester.

I knew I was missing an opportunity to help students engage more deeply, both with the subject and with their fellow students, so around a decade ago, I went whole hog. I began the semester by sorting students into permanent groups, scattering various majors and classifications as evenly as I could so that the teams would be relatively well matched. Groups worked on in-class assignments and out-of-class projects, and they even took part of the in-class exams together using the Instant Feedback Assessment Technique (essentially a scratch-off answer card that reveals the correct answer).

Group dynamics were and still are the greatest challenge to this aspect of class, but allowing students to assess each other – and even giving them the option to leave a group member’s name completely off an assignment if the rest of the group sees fit – keeps most students from completely taking advantage of more motivated group members. And as an instructor, there is something deeply satisfying in wandering around the class while groups wrestle with a particularly perplexing exam question. The discussions are more involved and more nuanced than they used to be. High fives are not uncommon on exam days. (Nor, for that matter, are exclamations of, “I told you it was B!”)

“Yeah,” I thought after getting over most of the hiccups. “This collaborative learning thing is pretty awesome.”

And then the educational approach that I had grown to trust turned on me.

Not all at once. The betrayal built slowly during the course of a semester. I was teaching two sections of our introductory stars and galaxies class, one right after the other in the morning, each with a fairly small enrollment of around thirty students. One class was fairly typical. The other, though, had a few go-getters, well-organized and genuinely likeable students, and those students happened to be scattered among the different groups around the room. Mind you, these students weren’t better at astronomy. But they were very good at making sure that things happened in their groups.

That semester, I thought nothing of making the usual promise. “Whoever gets the highest score on the final exam gets an automatic A for the course.”

That semester, I didn’t catch on to the fact that I had met every single student on the roster, and they were all coming to class regularly.

That semester, I didn’t realize just how dangerous collaborative learning can be.

My first clue was a rather ominous email message from a student asking for verification that the student or students receiving the highest score – no matter what that score was – would get an A. Soon students were asking me point blank in class whether a zero could technically be considered the highest score. My unease was magnified by the student who brought an entire platter of cake balls to class one day, sharing them only with people who promised to leave the final exam blank.

“Ha ha,” my logical side laughed feebly as it tried to reassure me. “Don’t fret. This has never, ever worked.”

The day of the final exam came. Outside the classroom door, a student stood with the roster and checked off the names of the people entering. Because that student knew everyone in the class! Inside the classroom was a second student, also with the roster, double-checking the names. A third student was on the phone with one of his group members. “She’s parking in the stadium lot right now,” he announced.

The stack of exam papers suddenly felt like a piece of a neutron star.

The person who’d been parking arrived, and one of the roster-checkers said, “That’s everyone but Carol James.” I remained as silent and motionless as a mouse under the watchful eye of a cat. Instructors who want to make sure the learning management system is working from the students’ point of view can create a dummy student account. I quietly willed that nobody made the connection between the C in my name and Carol.

“That’s the professor,” someone explained.

My shoulders dropped as the giddiness erupted into full-blown cheers.

“Fine, fine,” I said defeated. “But you still have to officially take the exam.”

I handed the papers out, wondering how to explain this whole situation to my administration, particularly given the recent veiled accusations of grade inflation in our college. Then I waited for the pile of papers to come right back to me.

What happened next was quite possibly the most surreal ten minutes of my teaching career. With everyone accounted for, there was literally nothing to prevent all thirty students from writing their names on the exam and turning in an otherwise blank form. Zero would officially be the highest grade, and, as I had assured them over and over, verbally and via email, that grade would secure an A.

But that’s not what happened. Instead, one student began taking the exam.

The rest of the class was understandably shocked. People began urging him to stop, asking him why he was taking the test.

“I don’t believe her! I think she’s going to fail us!” were his first arguments.

I said that I had definitely lied about plenty of things during the semester, but this was not one of them.

“But I’ve worked hard in this class!” he exclaimed.

Everyone tried to reassure him that he’d still get his hard-earned A, that there was nothing that he stood to lose by simply turning in a blank test and a whole lot he could actually give to other people. But he bristled at the thought that everyone else would get an A, particularly those who hadn’t worked nearly as hard.

It was group psychology in action, a tremendous sociological experiment playing out in an introductory astronomy class, of all places. In the end, though it was a bit like watching a tug-of-war between a tractor and a schoolyard full of children. Already through the first page of questions, this student would not back down. Anger brewed. For the first time, I was genuinely concerned about everyone’s safety. Then one of the de facto group leaders - a very level-headed, likeable student – piped up, “Guys, we knew this might happen. Let’s just take the test.”

Helpless and hopeless, the rest of the class began answering the exam questions, and relief washed over me. There were no bloodied noses, no tears. And even better, I wouldn’t have to explain this to the administration after all!

For about two minutes, the only sound in the room was the scratching of pencil on paper. Then the Tractor stood up and said. “Aw, f*** it!” And he began to erase all the answers he had written. Within seconds, everyone else did, too.

What I received were thirty exam papers with names, but no answers. Oh, sure, entering grades would be easy for this class, but someone was bound to notice that an entire section had just received A’s. So I told the class that they had to at least sit down while I crafted an email to my dean to explain the situation. Just as I hit “send,” the entire class rushed the door cheering.

Several minutes later, still sitting stunned in the empty classroom, I heard the sound of the email chime.

My dean had responded.

As I clicked on the message, a million career-ending possibilities ran through my head, but his reply contained just two words.