The EHT: You Ain't Seen Nothing Yet 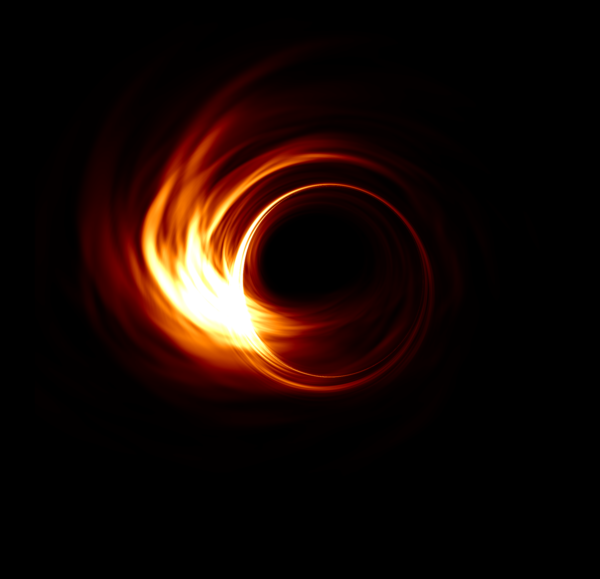 On April 10, 2019, an international team of astronomers presented humanity’s first image of a black hole.  You likely know this, unless you've been hiding out inside a black hole.  Well, even then, you might know, because information does go in; it just doesn't come out.

If you're like me, you probably read or watched numerous press reports and news conferences about this “singular” event.  My favorite explanation is by Derek Muller at the YouTube channel Veritasium, who delves into the complexity of interpreting the image, which is highly distorted with light bending over, under, and around this black hole.

Capturing a black hole image—in this case, a supermassive black hole with the mass of billions of Suns in Messier 87 (M87), a galaxy 53 million light-years from Earth—is a remarkable feat.  The effort involved more than 200 astronomers, physicists, engineers, and mathematicians from around the world.

Consider that one of the best images of M87 is from the Hubble Space Telescope. We see a blur of a galaxy core and a particle jet extending for nearly 5,000 light-years. To image the black hole in that core, astronomers had to increase the resolution by many orders of magnitude beyond Hubble.  As resolution is determined by telescope size, that implied a telescope the size of the entire Earth.

Enter the Event Horizon Telescope (EHT), a network of independently operating radio telescopes in North America, South America, Europe, Africa, Antarctica, and Hawaii.  Through the process of interferometry, astronomers could tie together these radio telescopes to create a virtual “dish” the size of the total circumference traced about by locations.

On four days in April 2017, astronomers aligned these telescopes to observe M87*, the supermassive black hole suspected in M87's core. The resulting image is a big deal mostly in that it is an affirmation that this type of resolution could be achieved. And it matches up rather well to the weirdness we'd expect from theory.

Is this the final proof of a black hole? Despite the excitement, astronomers really can't say. Just going by this image alone, one cannot rule out the existence of a hypothetical compact object such as a boson star or gravastar.

One caveat is that the image is in radio. Have you ever seen a radio image of the Moon? You can tell the Moon is round, but it is difficult to discern other defining features (as you can see here). The predominant light around an active black hole is in the X-ray band, because energies are so high. X-rays could get us closer to the most active black holes for a complementary view to better understand the nature of the central engine.

“X-rays come from very close in,” said Christopher Reynolds, the Plumian Professor of Astronomy, Institute of Astronomy, University of Cambridge, who was impressed by, but not part of, the EHT observation. He said a hole in the center of an X-ray image “would correspond to the so-called innermost stable circular orbit, essentially the edge of the waterfall where the gas stops orbiting around and starts plunging into the black hole. So, lots of very cool and important astrophysics [could be accomplished].”

This is more than just trivia. Consider how the orbit of the planet Mercury could not be explained precisely by Newtonian physics. Closer observations revealed something was off. It took general relativity to better predict the observed orbit. More closely observing black holes, where gravity is most extreme, could reveal cracks in Einstein's theory that could then open the door to a physics revolution.

The EHT group is upping their game, adding more telescopes to their network to produce a crisper image of M87*, Sagittarius A* in our galaxy, and other black holes. The LIGO team is keen on observing black hole mergers via gravitational waves and discussions might begin to launch radio and X-ray interferometers in space for an unprecedented view.

This is why I say: you ain't seen nothing yet.

Image: This simulated view of the hot region immediately surrounding the event horizon of a black hole largely agrees with the physics reality of the EHT’s first observations, but that doesn’t mean there won’t be surprises in the future. [EHT Collaboration]