When Darkness Swallows the Moon 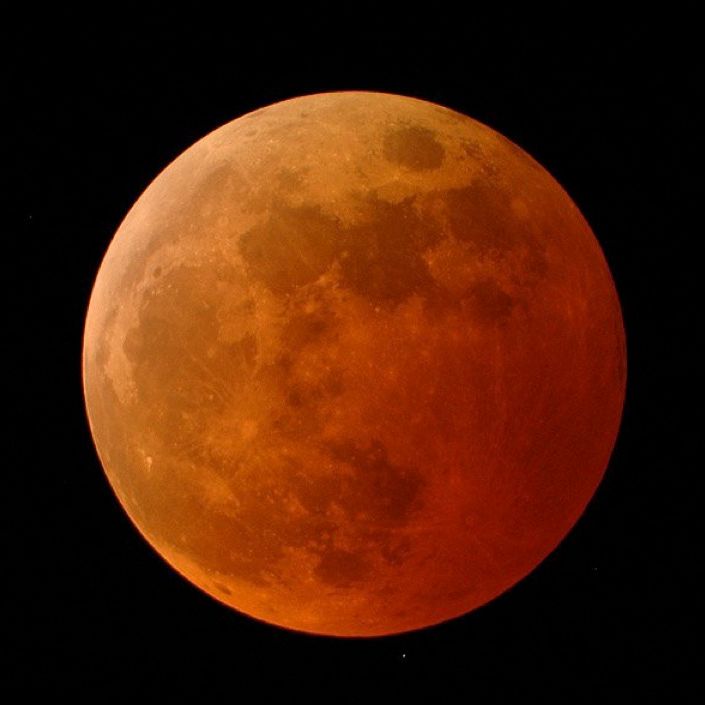 Lunar eclipses once struck fear into the hearts of ancient people around the world. These days, such events are promoted like rock concerts—and the January 2019 lunar eclipse was no exception. Having participated in the Citizen CATE project back in August 2017, I began to consider the scientific value of lunar eclipse observations: it turns out there’s a lot we can learn.

The January 2019 total lunar eclipse was visible throughout the Americas and substantial portions of Europe and Africa. While amateur and professional observatories live-streamed the event, observers witnessed a bright flash of an impacting meteoroid on the east-side of the Moon. The event, confirmed by the Moon Impacts Detection and Analysis System (MIDAS), is the first impact witnessed during a total lunar eclipse!

Meteoroid impacts are common, but the darkness of a total lunar eclipse and observations from multiple locations around the world provided a unique dataset to study the unprecedented event. Using data from both video and images, researchers estimated the origin and orbital properties of the impactor, as well as its speed and energy of impact. They calculated that the resulting crater is between 5-10 meters in diameter, which should be detectable by future lunar probes.

Since a total solar eclipse occurs when Earth is between the Sun and the Moon, sunlight incident on the terrestrial atmosphere can be absorbed, refracted, and scattered. The refracted and scattered light illuminates the surface of the Moon during an eclipse. This light is reflected back to observers on Earth and can be studied using photometry, spectroscopy, or spectropolarimetry.

Lunar eclipse photometry in the visible spectral region dates back to 1895 and was first used to probe the structure of Earth’s atmosphere in 1928. By 1959, lunar eclipse photometry was being used to study terrestrial ozone and by 1967 to examine the effect of volcanic activity on atmospheric extinction. More recently, narrow-band infrared photometry during lunar eclipses was used to examine the distribution of atmospheric water vapor and aerosols. In 2018, Giovanni Di Giovanni used historical lunar photometry from 1670 to 2015 to examine the evolution of Earth’s atmosphere. He found that volcanic and human activity have increased stratospheric aerosol levels over the last century.

The sunlight transmitted through Earth’s atmosphere carries with it the spectral signature of Earth’s atmospheric composition and the imprint of the solar spectrum. Although we can probe the terrestrial atmosphere directly, we cannot do the same for Earth-like exoplanets. Several groups are now using observations of Earth’s transmission spectrum during lunar eclipses to serve as a benchmark for exoplanet transit studies.  As an exoplanet transits the disk of its parent star, the brightness of the star varies from the edge of the stellar disk to its center. Understanding how stellar limb darkening will affect spectroscopic observations is critical. The limb-darkening effect is clearly visible on the Sun, so some groups are studying Fraunhofer line variations during lunar eclipses to help inform future exoplanet studies. Another application of lunar eclipse spectroscopy is the search for biomarkers like oxygen and ozone to identify habitable exoplanets: transmission spectroscopy from a 2011 lunar eclipse detected molecular oxygen and water and demonstrated that sunlight reached atmospheric depths down to 10 kilometers above the ground!

In 1968, Keenan observed that light reflected from the lunar surface during a total solar eclipse is polarized. The effect is small, only two percent of the integrated light of the lunar surface and the phenomenon was forgotten until 2011. The degree of polarization observed during lunar eclipses suggests that the polarized light arises from more than one scattering event in the terrestrial atmosphere and that high altitude clouds are a contributing factor.

Spectropolarimetry (the measurement of polarization as a function of wavelength) acquired during the 2015 lunar eclipse confirmed a 2-3 percent polarization between 500 and 600 nm. This level of polarization is consistent with double scattering of photons in the terrestrial atmosphere. This study also revealed a polarized feature around 760 nm, which is associated with molecular oxygen, opening up the possibility that spectropolarimetry may become another useful tool in future search for habitable exoplanets.