A Historic Undertaking: Finding Syzygy in the 14th Century 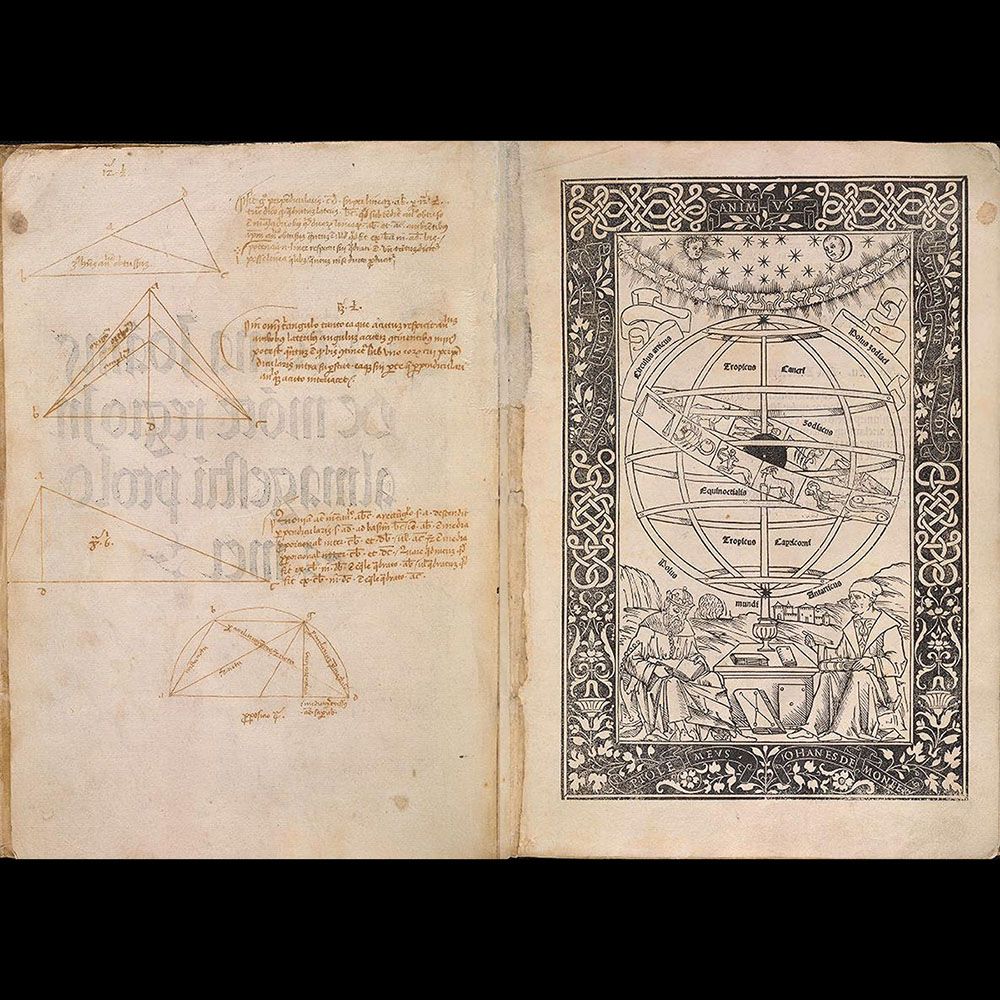 Image: The front pages of Regiomontanus’ 1496 “Epitome of the Almagest”—an abridgement of Ptolemy’s work—including notes and diagrams written by a reader (left). The illustration (right) depicts Regiomontanus talking with Ptolemy under a model of the Earth [Courtesy of the Smithsonian Libraries]

It is one of the strangest words in astronomy. What is a syzygy (pronounced “SIZ-i-jee”), and why was it such a big deal in astronomy 700 years ago?

Whenever we experience a new Moon or a full Moon, the Earth, Sun and Moon are in alignment. That is the basic definition of a syzygy: the alignment of three or more celestial bodies. In the case of Earth-Moon-Sun, this sometimes results in an eclipse of the Sun or the Moon.

The original mathematical method of calculating a syzygy was given by Ptolemy in his great work "The Almagest," dating to around 150CE. Looking at late medieval texts, it becomes apparent that astronomical tables in both Latin and Hebrew were focused on syzygies and eclipses more than any other planetary motion. Quite often, these manuscripts don't even offer the positions of the planets. According to Richard Kremer of Dartmouth College, “computing syzygies to a precision of minutes might well have been the most common preoccupation of late medieval astronomers.”

This was true throughout Europe. Astronomers linked to Oxford University in England produced such data from 1387 to 1462, while just one publication on the Continent (Spain, France and Italy) went through 60 editions from 1485 to 1550.

I suggest the great fascination of medieval scholars with syzygies got a major boost from the notorious Toledo Letter of 1184, which I examined in a previous Mercury column (Winter issue, 2011). In a nutshell, a letter purporting to be from the University of Toledo predicted the end of the world would occur when all the planets aligned in 1186. The ultimate syzygy! The bogeyman raised by the Toledo Letter was raised again and again, right through the entire 14th century, maintaining a keen interest in syzygies. 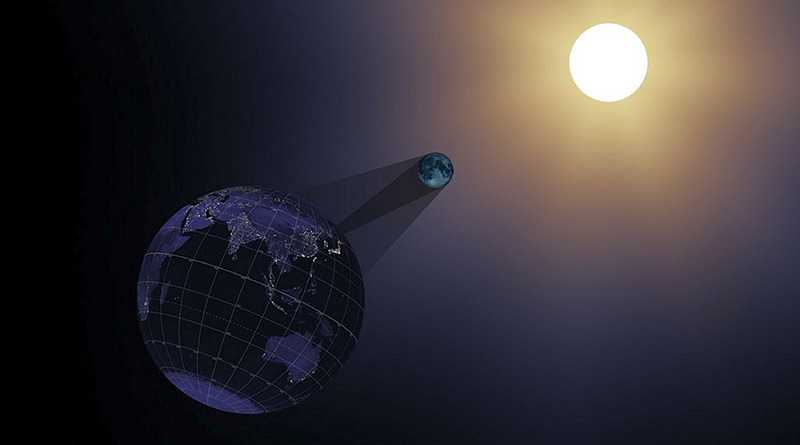 When the Earth, Moon and Sun align, a syzygy occurs. In this artist’s illustration depicts an Earth-Moon-Sun syzygy, which results in a solar eclipse [NASA]

Given the fact Toledo was one of Europe's greatest centers of learning, it is no surprise to learn that the Alfonsine Tables, which provided data for computing the positions of the Moon, Sun and planets, were formulated there. They were named after King Alfonso X of Castile; their first appearance was in 1252, with the first edition in print dated to 1483.

Around 1330 a Parisian, known to posterity as John of Saxony, developed a computational method of calculating the time of syzygy to an accuracy of minutes. Employing data from the Alfonsine Tables, the method he created was used by Regiomantanus in the 1440s and 1450s. Regiomontanus has been termed “the most prolific computer of ephemerides in the 15th century,” and will be the subject of a future Annals column for Mercury. His importance here rests on publication of the "Epitome of the Almagest" in 1496. This was more than just an abridgment of Ptolemy's "Almagest," as Regiomontanus was the first European who really understood Ptolemy's mathematical astronomy.

The work of Regiomontanus, including his work on syzygies in the Epitome, came into the hands of Copernicus, who studied syzygies extensively. Copernicus owned a copy of the Alfonsine Tables printed in 1492, and used the data there to make computations. Historians of astronomy have stated his method of finding the time of true syzygy “may be Copernicus' most valuable contribution to practical astronomy.”

Beyond this however, Copernicus used a description of Ptolemy's model of the cosmos, as elaborated and expanded by Regiomontanus in the Epitome. This was critical in leading him to the heliocentric theory, which formed the foundation of modern astronomy. Thus the data in the Alfonsine Tables (which had so long been used to prop up the Earth-based cosmos of Ptolemy with its infamous epicycles), combined with the work of Regiomontanus in his analysis of Ptolemy's work, became the key elements in the downfall of Ptolemy at the hands of Copernicus.

This column is based in part on research by Dr. Kremer, who published a paper on syzygy in "Historia Mathematica" in 2003.