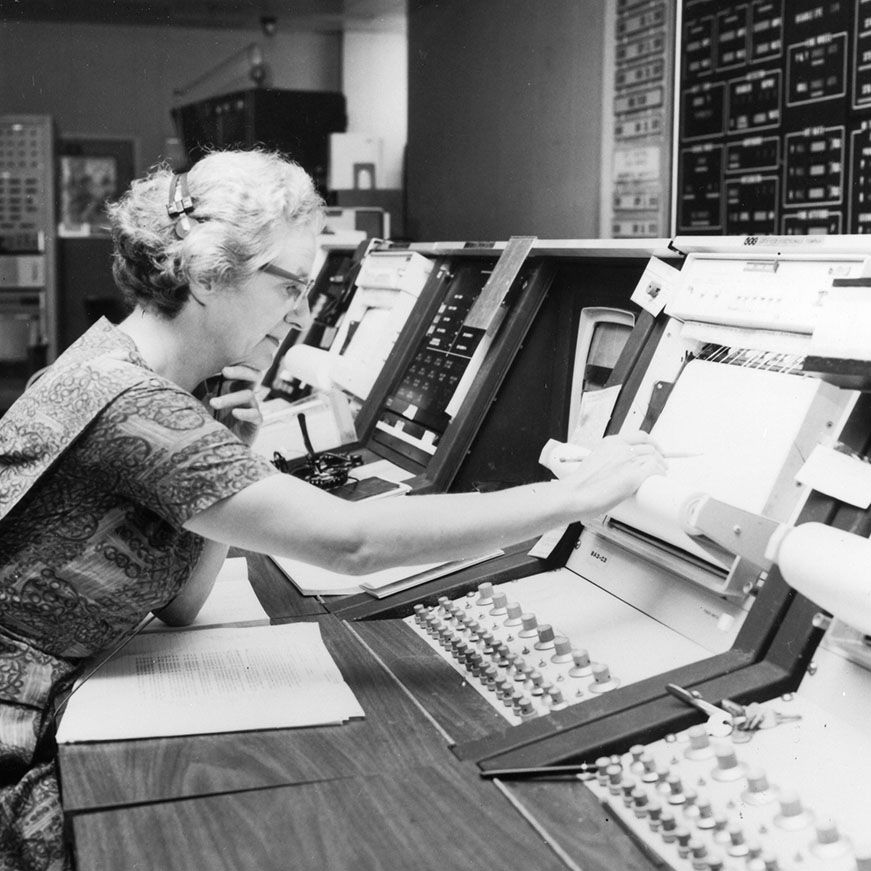 Nancy Grace Roman, an icon in the history of astronomy research and space exploration, “mother” of the Hubble Space Telescope, vocal advocate for encouraging girls to participate in STEM, and generous supporter of the ASP, passed away late last year on Dec. 25, 2018 at the age of 93.

Born in 1925, Nancy loved astronomy from a very early age and credited her parent’s encouragement as the engine that fueled her lifelong passion for science. Nancy’s father was a geophysicist and always eager to answer her questions; her mother, a music teacher, taught her to observe birds and love nature, taking Nancy on evening walks to observe the stars and locate constellations. By the time Nancy was 11 years old, she had organized a weekly astronomy club for her girlfriends so she could share her knowledge about the night sky with them. After completing an accelerated high school program, she earned a degree in astronomy from Swarthmore College in 1946, followed by a doctorate in astronomy from the University of Chicago in 1949.

Ten years later, Nancy Grace Roman became the first woman to hold an executive position at NASA, overseeing a new “program for space astronomy.” NASA itself was a new government agency, and in her position Dr. Roman toured the country to talk to the nation’s research astronomers, find out what they wanted to study, and then convince them to consider the many advantages of collecting their data from space. In the years that followed, Dr. Roman planned many of the highly successful programs and experiments for NASA’s space missions, including SpaceLab, Gemini, Apollo, and Skylab.

But by far, her most lasting legacy will be as “Mother of Hubble.”

The notion of placing telescopes in space was not new in the early days of NASA. Another luminary in astronomy, Lyman Spitzer, had described the observational advantages of placing telescopes far above the Earth’s atmosphere as early as 1946. But it was an expensive, technologically incomprehensible, and highly risky idea to try in the post war era when no one had successfully sent anything into orbit, let alone a complex scientific instrument. In 1979, NASA felt ready to develop a program to launch a large and versatile spacebased telescope. Dr. Roman was hired by the agency to plan and campaign for this new generation of telescope, helping NASA pitch the project to a variety of skeptical government agencies, including Congress. Dr. Roman’s passionate advocacy is credited for the launch of the Hubble Space Telescope in 1990, the instrument that for decades has provided the research community with images and data that has fundamentally transformed humanity’s understanding of the cosmos.

At the ASP, we remember Nancy Grace Roman as an equally strong advocate of efforts encouraging girls to pursue careers in science. While her parents had encouraged her passion for science, others around did not. School counselors admonished her for wanting to learn science, telling her that girls should be taking Latin, not mathematics; advisors in graduate school ignored her, and even tried to convince her to quit and take a teaching position. But Nancy persisted, becoming a role model for future generations of women in science that followed, including me.

Nancy Grace Roman has also left a lasting legacy at the ASP, having provided us with a very generous donation a few years ago that kick-started all of our diversity programs—especially our initiatives focused on engaging young girls in astronomy. At the ASP, we mourn Nancy Grace Roman’s passing, but take great pride in knowing that part of her amazing legacy will continue through our work.

Editor’s note: In 2013, Dr. Roman wrote an inspirational op-ed for the ASP’s AstroBeat newsletter, describing her life, loves, challenges and career. It’s a great read and you can download the PDF here.