Voids Fill in the Voids About Universal Expansion 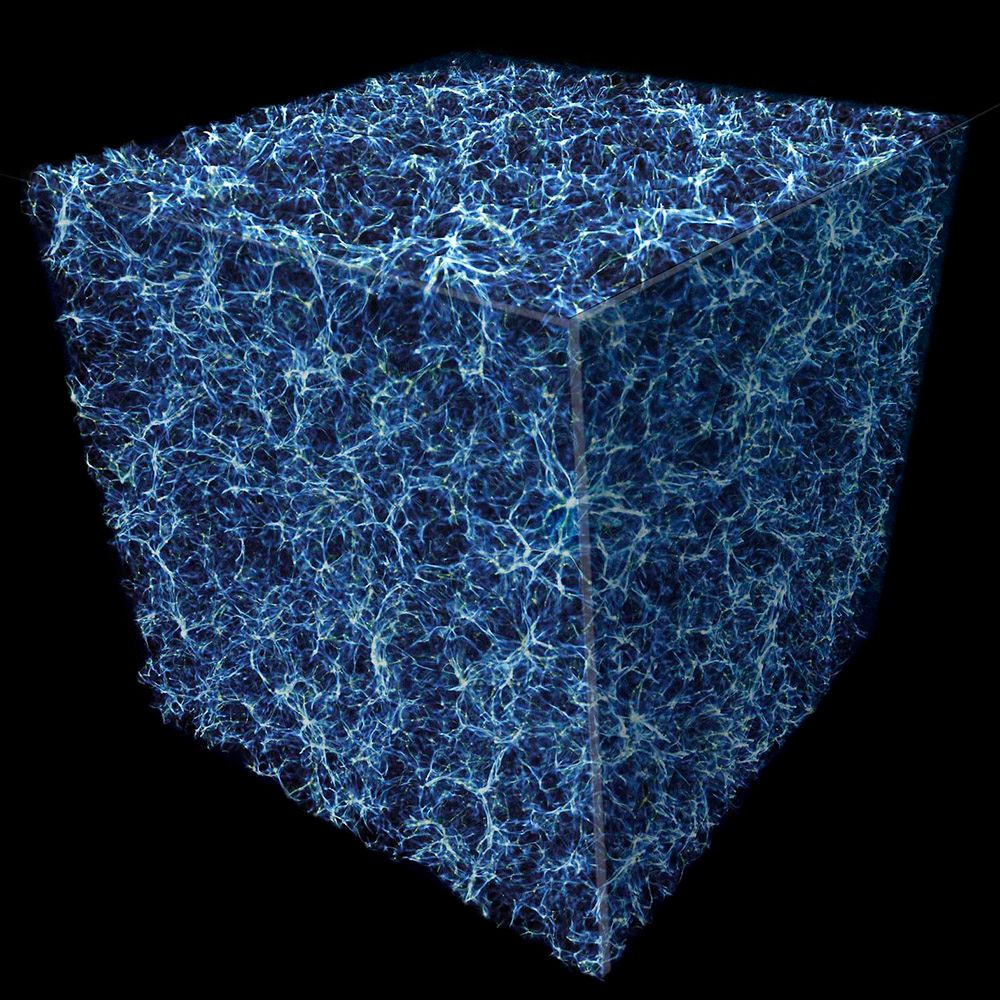 The large-scale structure of the universe consists of a complex web of dark matter, galaxies and the gaps, or voids, in between. [NASA, ESA, and E. Hallman (University of Colorado, Boulder)]

"All is possible when emptiness is possible." So said Nagarjuna, among the most revered Buddhist philosophers, some 18 centuries ago.

It seems that Nagarjuna was on to something. The answer to one of the most profound questions in cosmology—how fast is the universe expanding, or, more to the point, where is this crazy thing headed—may lie in emptiness, those lonely stretches of space called cosmic voids with nearly no stars or gas.

A paper published in July in the journal Physical Review D further matures this exciting new field of void cosmology and the measurement of the expansion rate of the universe, the cosmological constant (or, the vacuum energy of space), and dark energy, the hypothesized force thought to be accelerating the expansion of the universe.

In this regard, the darkest parts of the universe may be the most illuminating.

Astronomers describe the universe as a cosmic web with bright galaxies strung along filaments of matter separated by dark voids. These voids were chiseled out by gravity—or lack thereof. When the dust settled after the Big Bang some 13.8 billion years ago, matter began to coalesce under the attractive force of gravity. Regions slightly more dense pulled in matter from regions slightly less dense.

In short, the rich got richer and the poor got poorer. Within a few hundred million years, brilliant galaxies formed, glowing like jewels along these filaments of matter, leaving the voids bereft of any matter to form many stars, let alone whole galaxies. Fast-forward 13 billion years or so. Astronomers now see revelatory information in the distorted shape of these voids and how they change over time, as their shape is a product of cosmic expansion.

Our primary understanding of cosmic expansion comes from studying the redshift of so-called standard candles, such as Type Ia supernovae, thought to glow at a uniform rate; and thus their distance can be determined by how dim they appear to us. Data from the first detectable light in the universe, the cosmic microwave background (CMB), also establishes important parameters, such as the amount of matter and energy in the universe.

Nevertheless, studying voids as a cosmological tool dates back several decades. One important paper in the field was published in 2016, in Physical Review letters, succinctly titled “Constraints on Cosmology and Gravity from the Dynamics of Voids” by Nico Hamaus, Alice Pisani, Paul M. Sutter and others.

Tapping into data from the Sloan Digital Sky Survey (SDSS), the team analyzed the spatial distributions of galaxies near cosmic voids. What little matter that does remain in the voids pines for the edges, where the dense matter is; and meanwhile, the vacuum energy in the void pushes the boundaries farther and farther apart. The team’s analysis revealed a four-times improvement in precision in the modeling of matter density and the growth of cosmological structure.

The latest work, led by Seshadri Nadathur of the University of Portsmouth, builds on this SDSS analysis by incorporating a new theoretical modelling of distortions in voids that Nadathur says is more accurate and has been tested using simulations.

His group looked at numerous voids at an average distance of 5.5 billion light years, an era when dark energy appears to have kicked into action to accelerate cosmic expansion. They also applied a measurement technique called “velocity field reconstruction” and combined this with data from galaxy clustering (a cosmology mainstay) and baryon acoustic oscillations (a relic imprint from sound wave in the hot plasma of the early universe). This combined effort lowered the uncertainty of these cosmological measurements by a factor of two, Nadathur said.

“Void studies have been a little on the periphery of the field of cosmology,” Nadathur said. “We think our new result will bring it front and center and make voids one of the standard tools of future studies.”

Much more needs to be understood in this type of modeling, however, to be sure astronomers aren’t making predictions based on false assumptions. As Nagarjuna also said, “Emptiness wrongly grasped is like picking up a poisonous snake by the wrong end.”