When Teaching Astronomy, It Pays to be Relatable 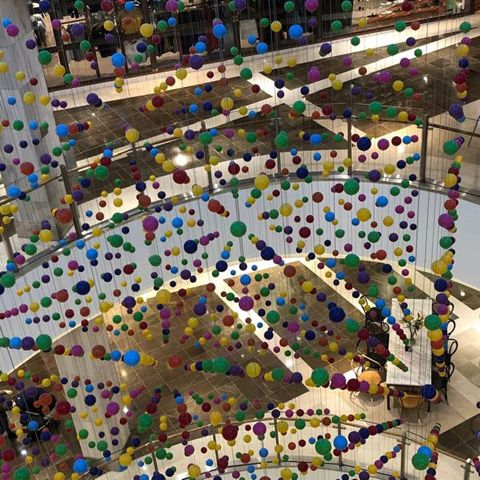 It’s a frequent admonition to first-time teachers, and with it comes the veiled suggestion that if the teacher doesn’t try hard enough, the subject will be completely irrelevant to the students’ lives. The idea of “relevant” teaching makes me wonder why foundational subjects are taught if they aren’t, by definition, relevant.

I have often been tempted to walk into an Astro101 classroom and say, “Today we are learning about objects in the Kuiper Belt. Your understanding of this will help you in budgeting for your future purchases of Kuiper Belt objects, or for KBO conservation measures or… okay, there is literally no reason you should know this except that you’re not an ant. You’re a human, and finding out about this amazing universe is not some chore or job training, but a chance to know your cosmic cousins better.”

It’s a pretty tall ask when you get to some of the more esoteric concepts. Mathematical derivations aren’t relatable, at least not to the non-science majors in my Astro101 classes. While I could stare at the derivation of Kepler’s Laws from Newton’s Laws and marvel at the beauty of mathematics, most of my students see only scribblings in a language they have never become fluent in.

Instead I have to find relatable analogies for the universe in everyday life. There are the obvious ones. Light bulbs and stove burners, as most Astro101 instructors know, are great ways to explore the relationship between luminosity, size, and temperature. Rainbows, they find, come from not just the Sun, but also light bulbs and stars. Gaudy neon signs, which are almost never actually neon, show them a different type of rainbow, one run through a shredder that they’d never seen before. They see it with their own eyes, and they can relate to the spectra of things far away.

Parallax is best experienced in the blink of an eye, a trick that never fails to startle a surprising fraction of my students. In their 18-plus years, it had never occurred to most of them to look at their outstretched finger – or anything else, for that matter – first with one eye and then the other. Intriguingly, many of those that had done it before later told me that they had always assumed the shift meant there was something wrong with their eyes.

When you teach esoteric concepts to nonscience majors, you find analogies in some of the most random things. A minute-long scene from “Finding Nemo,” something my students still recall from their childhood, becomes the rapid neutron capture process. And since you were wondering, it’s the scene where the large sea turtle suddenly has a dozen baby sea turtles slam into him as they are whisked along the strong East Australian Current. I must have watched this movie a hundred times when my college-aged son was a toddler, but I have no idea what triggered the thought, “That’s a great analogy for the r-process!”

I think for many Astro101 instructors, there is a perpetual background whirr going on in our brains as we attempt to connect our subject matter to something more relatable.

A black hole is like… well… it’s kind of like a hurricane. My students know hurricanes. We lost several days during the fall semester of 2017 because one decided to park itself on our region. The tiny low pressure area is the problem. All the violence and destruction happen outside the eye, but only because everything is trying to go down the tiny atmospheric drain. No, black holes are not exactly like hurricanes, but this gives them a picture they can relate to.

The problem with having part of one’s brain perpetually looking for relatable material is that it find relatable material everywhere, even when it is unnecessary. A cool hanging sculpture at the Macquarie Centre in Sydney (pictured top), a mall that none of my students will ever go to, looks like the IceCube neutrino observatory in Antarctica, a place that really needs no relatable analog. Perhaps if I were to take everyone on a week-long field trip to Australia and shoot a Nerf dart at the sculpture, we could see how the neutrinos trigger certain detectors, but I suspect mall security would frown on that. The 40 hours of travel and $400,000 class airfare would also prove to be a rather high price to pay to experience what amounts to about 3 minutes of class time. And because I know you’re wondering, here is the sculpture I am talking about.

Although it is harmless to continually see class material in everyday life (I hope), it can be problematic to introduce all of these analogies to students. They are, after all, just analogies, not realities. By the end of a semester of stars and galaxies, my students have seen stars compared to light bulbs (for spectra), stove burners (for the luminosity-size-temperature relationship), cars (in looking at the lifetimes of stars with different sized “fuel tanks”), and even dead gerbils (don’t ask…okay, fine. They relate to determining cluster ages from main sequence turnoff points). Spread out over fifteen weeks, they are more digestible and relatable, each an analogy for a different cosmic property.

Unfortunately, there are plenty of times that instructors attempt to explain a single phenomenon with multiple analogies, a practice that needlessly muddies the waters. “Well, this is kind of like in the sense that , but you could also look at it like .” If a single analogy for a given phenomenon is so tenuous that it needs help from another, then perhaps it’s not the best one for the job.

Even if you did get an amazing flash of inspiration after seeing art in a mall.