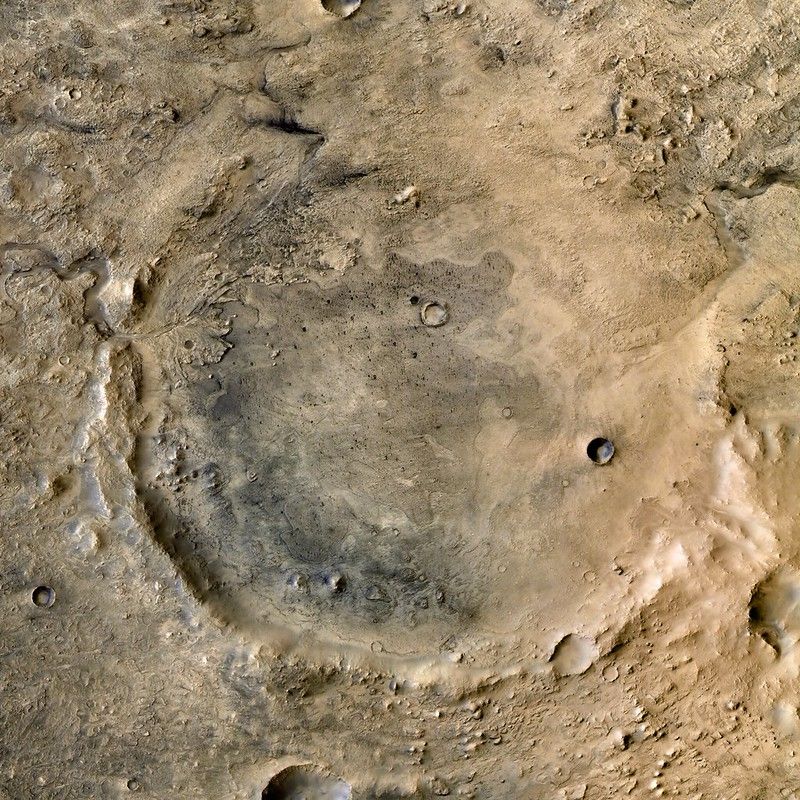 Image: The terrain of Jezero Crater, as imaged here by the HiRISE camera on NASA’s Mars Reconnaissance Orbiter, promises to be a science gold mine for the Perseverance rover.[NASA/JPL/MSSS/ESA/DLR/FU-Berlin/J. Cowart, CC BY-SA 3.0 IGO]

This feature was originally published in the Winter 2020 (vol. 49, no. 1) issue of Mercury magazine, an ASP members-only quarterly publication.

This year kicks off a busy decade for Mars. Four missions will transport two landers, three rovers, and two orbiters to the Red Planet, taking advantage of the biennial alignment that makes for a shorter trip. More capable instruments will tackle new science questions and dig deeper into an old one: Was there ever life on Mars?

NASA will launch Mars 2020 (also known as Perseverance) on July 20 with some major new tools.

The new rover contains three “firsts.” A small, solar-powered demonstration helicopter will pioneer heavier-than-air flight on another planet, and two microphones will capture the sounds of its own landing, the Martian winds and the audible effects of its laser (which can help determine a material’s composition). Finally, the Mars Oxygen In situ resource utilization Experiment (MOXIE) will attempt to produce oxygen from atmospheric carbon dioxide, a capability that future astronauts will need on Mars.

Mars 2020 will also beef up the search for ancient life. Curiosity was designed to answer the question of whether Mars was ever habitable, but “Mars 2020 is taking that one step further,” said Meyer, “and looking for signs of life. The difference is between determining whether or not Mars could have had life and determining whether or not Mars ever did have life.” The new rover is scheduled for a February 2021 touchdown in Jezero Crater. Scientists believe the site was once an ancient lake in which its waters might have harbored life billions of years ago.

The Curiosity rover found promising signs of organic molecules by processing soil samples in its onboard chemical lab. Compelling evidence for life, however, will almost certainly require direct study of samples in Earth-based labs. Therefore, Mars 2020 will take a more powerful approach to the task by collecting and storing surface samples in special tubes for a future Earth return mission. “One of the reasons Jezero Crater was picked,” said Meyer, “was because of its evident diversity in minerals. For the first sample return from another planet, having a diversity of materials is key.”

NASA and European Space Agency (ESA) missions are pursuing very different strategies in their search for ancient life signs (or biosignatures). Mars 2020 is sticking with surface exploration, like that of Curiosity, while the ESA rover will drill beneath the surface to recover samples that have largely avoided the damaging effects of galactic cosmic rays, solar radiation, and weathering. “When the scientific community designed the kind of rover they wanted, it actually had a combination of instruments and the ability to drill down a couple of meters,” said Meyer. But instruments plus a drill make for a complex and expensive mission.

“We decided that you have two options,” he added. “You could either go deep or you could go far. We said, this is the first sample return mission, so let’s go for horizontal mobility because we could get a greater diversity of samples.

“The Europeans wisely said, OK we’ll take the other approach; we’ll take the vertical approach. So they’ll be doing something that we’re NOT doing and I think that’s a good complement for us and for them.” 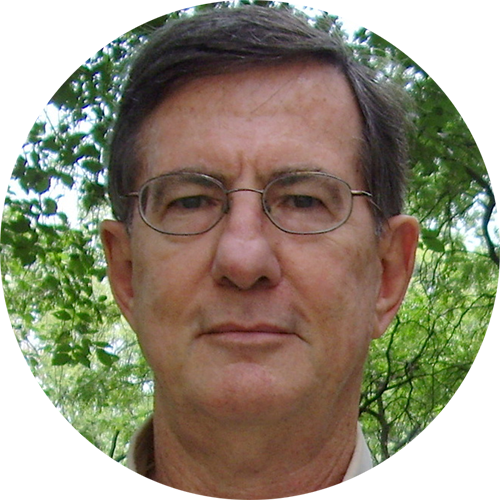