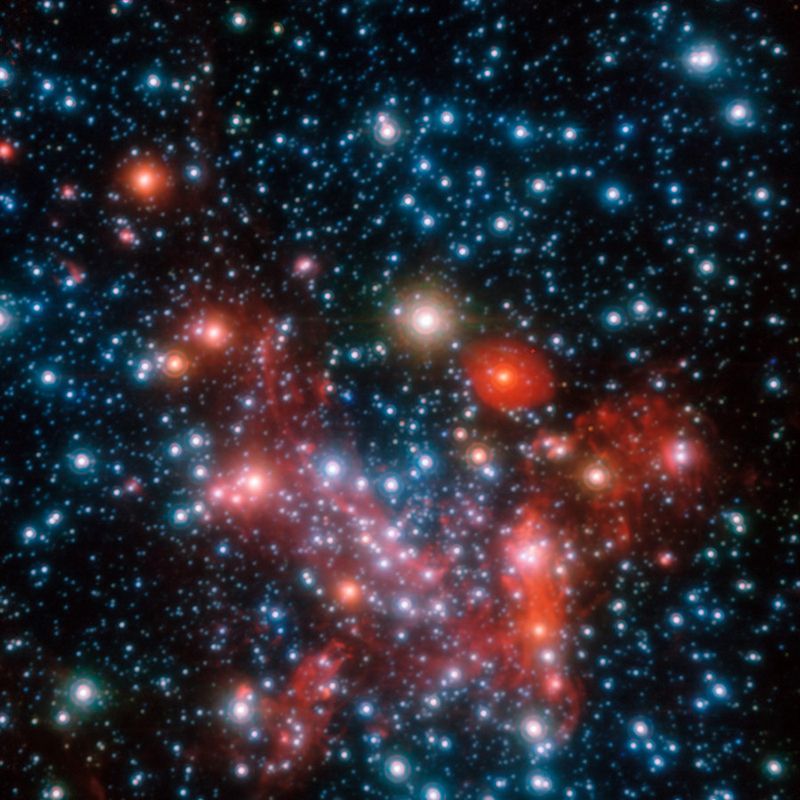 When was the last time you witnessed the brilliance of a dark night sky? What captivated your attention when you peered above? Was it the Milky Way’s rich band of gas, dust, and stellar light? Or did few radiant local stars and their respective constellations astonish you? Possibly, the sheer vastness of space was sufficient enough.

The expansive nature of the universe often bypasses human comprehension. In the Milky Way alone, astronomers conservatively estimate that over 100 billion stars reside in a disk 100,000 lightyears in diameter and 1,000 light-years thick. Such a volume implies that the average distance between stars is over four light-years (37 trillion kilometers). For reference, if the Sun and our nearest stellar neighbor Proxima Centauri were the size of a grapefruit, then their physical separation would be comparable to the distance between Los Angeles and New York City — quite the isolation if you ask me.

What about even closer in, near the heart of the galaxy? Here, nearly all massive galaxies in the universe host a supermassive black hole (SMBH). There is, however, another intriguing cosmic wonder that frequently co-inhabits this dynamic zone — nuclear star clusters, or NSCs.

NSCs are the densest and brightest stellar systems in the cosmos, and these wondrous stellar communities are quickly garnering attention in the astronomical community. They can be 40 times more luminous than GCs, often extend up to 13 light-years across, and may host over half a million stars that collectively exceed 100 million solar masses! Compared to their sister clusters, they also feature a greater diversity of multi-generational stars, stellar masses, and stellar densities. These immense structures are truly fascinating; yet, their origin and evolution remain inconclusive. Astronomers are intrigued to uncover when and why they form at the center of galaxies, and if these answers can provide clues for comprehending the nature of galactic evolution.

To address this matter, Nadine Neumayer at the Max Planck Institute for Astronomy, Anil Seth with the University of Utah, and Torsten Böker at the European Space Agency extensively analyzed NSCs using observations and theoretical models.

Their efforts were made possible with the Hubble Space Telescope (HST). Its spectroscopic and imaging observations peered deep into the previously hidden depths of galaxies, and they revealed that NSCs are in fact very abundant in the universe!

Their analysis also confirms that these central clusters host a strong blend of multi-generational stars, with older metal-poor stars being more prevalent. To account for the abundance of older stars and to resolve the galactocentric location of the clusters, they reason that their formation likely occurs early in a galaxy’s lifetime and in-situ (locally) near the galactic center where the gravitational potential and gas density are highest.

Not so fast, though! Numerical simulations offer an alternative explanation. The leading models explore the dynamical friction and orbital decay of massive GCs, which populate inner galactic regions. After tracing the evolution of the GCs, they show that GCs are able to coalesce and generate mass and density profiles consistent with typical NSCs. Thus, they reveal an alternative evolutionary model, one in which less dense GCs spiral towards the center of their host galaxies and form the NSCs.

To further examine how the formation, growth, and evolution of NSCs influence the dynamics of galactic evolution, the authors consider the prime galactocentric location of NSCs and their relation to SMBHs, which also tend to occupy this region. They report strong correlations between SMBH and NSC mass with host galaxy’s mass and consider the possibility that NSCs may assume the role of SMBHs for low mass galaxies. Essentially, the two objects may be similar expressions of a universal central massive object that develops within the core of all galaxies. In this model, NSCs occupy the core of galaxies with stellar masses between 100 million to a billion solar masses. Above this limit, SMBHs are dominant.

However, the Milky Way galaxy challenges this notion since it harbors a SMBH and a NSC. Clearly the presence of these two entities within a galaxy is not binary. Rather, they may be linked via an alternative, interactive, process. For example, a NSC that wanders too close to a SMBH may experience many tidal disruption events that shred apart its stars. Subsequently, accretion can then induce the formation and growth of a SMBH.

To truly understand how NSCs influence galactic and SMBH coevolution, more robust observational and theoretical studies are needed. Future generations of NASA telescopes, such as the James Webb Space Telescope, will enhance our ability to distinguish NSCs within a host galaxy and aid the development of refined models that can more accurately illuminate the nature of these spectacular clusters. 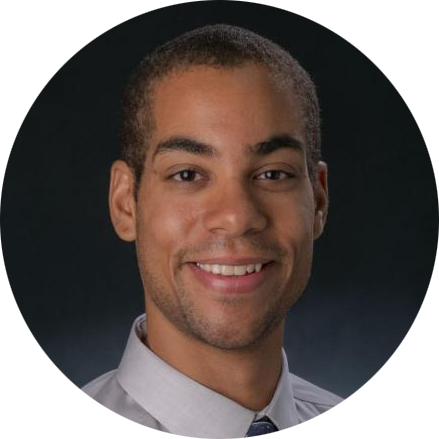 James Negus is currently pursuing his Ph.D. in astrophysics at the University of Colorado Boulder, and also serves as the ASP's Junior Board Fellow. He analyzes Active Galactic Nuclei and their role in galactic evolution utilizing the Sloan Digital Sky Survey. Read more articles by James.