Will NASA’s Chandra X-ray Observatory Get a Successor, Too? 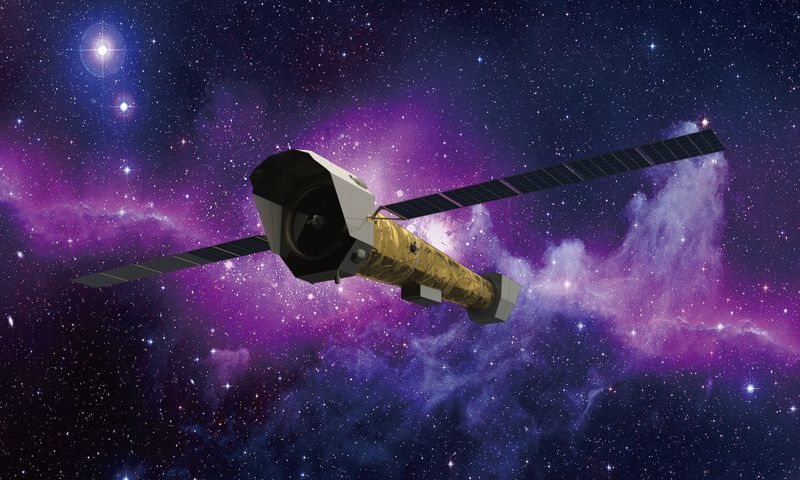 This article was originally published in the Winter 2022 (vol. 51, no. 1) issue of Mercury magazine, an ASP members-only quarterly publication.

Much attention has been paid to the James Webb Space Telescope, the most audacious space-based observatory ever built. Now 1 million miles (1.5 million kilometers) from Earth after a flawless launch on December 25, 2021, it is, so far, operating perfectly.

And much praise has been heaped upon the Hubble Space Telescope, the powerhouse of optical astronomy that Webb succeeds but which is still making foundational discoveries after more than 30 years in orbit.

The attention to and praise of these missions certainly are warranted. Yet there’s another space telescope that’s lesser known to the general public, one that has remarkable parallels to Hubble — the Chandra X-ray Observatory, launched in July 1999. Chandra arguably has done for X-ray astronomy what Hubble has done for the optical, that is, brought resolution to new limits, created dazzling images, and revealed never-before-seen cosmic phenomena.

Among its breakthrough discoveries has been the observation that supermassive black holes fill the universe and are at the centers of most galaxies. Within just six months after Chandra’s launch, a team of astronomers resolved most of the X-ray background, a pervasive glow of X-rays throughout the universe, into fine pinpoints of black-hole-powered active galactic nuclei (AGN).

Subsequent observations in 2001 known as the Chandra Deep Field South — akin to the Hubble Deep Field — left no doubt that the universe permeates with high-energy objects radiating X-rays dating back at least 12 billion years.

With Chandra’s exquisite resolution, astronomers have traced jets of hot gas streaming hundreds of thousands of light years into intergalactic space from a distant quasar and have discerned the neutron star created in 320-year-old supernova Cassiopeia A. Chandra has revealed much about the mechanics of star explosions, too.

The discoveries haven’t stopped. Just last year, one team using Chandra reported evidence of a speculated kind of supernova, called Type Iax, slightly less powerful than the “standard candles” known as Type Ia. Another team found the first compelling evidence of a planet in another galaxy, in Messier 51, the Whirlpool Galaxy. The object, estimated to be as large as Saturn, passed in front of a black hole or neutron star, blocking most of the X-ray light, marking a new method to detect planets in such extreme environments.

Launched with a planned lifetime of just five years, Chandra may at last be showing its age. In February, mission specialists put the observatory’s science instruments into safe mode to analyze a power supply problem, one of several scares in recent years.

This may make you wonder: What comes after Chandra? That is, if Webb is the so-called “successor of Hubble,” what breakthrough observatory is slated to go deeper than Chandra?

Well, there have been several in development, but they mostly have met their demise on the budgetary chopping block. NASA’s Constellation-X was a bold Webb-like mission that, as originally designed circa 2000, had four X-ray telescopes flying in unison to provide 100 times the X-ray collecting power of any telescope in existence. That shrunk to one telescope, then it shrunk to zero.

The ashes of Constellation-X mingled with a European Space Agency (ESA) concept called XEUS (X-ray Evolving Universe Spectroscopy) to become the International X-ray Observatory (IXO), with a proposed launch in 2021. This mission boasted a 3-meter-diameter mirror with a 20m focal length for 5 arcsec angular resolution, also a 100-fold increase in resolution compared to Chandra. But NASA pulled out in 2012.

Fortunately, ESA is moving forward with a scaled-down version of IXO called Athena, the Advanced Telescope for High-ENergy Astrophysics. It will be about 10 times more powerful than Chandra. This isn’t the Hubble-to-Webb jump X-ray astronomers were hoping for, but it’s something. Then again, Athena isn’t scheduled to launch until 2034.

Here’s something to ponder. Riccardo Giacconi, known as the father of X-ray astronomy, proposed Chandra with Harvey Tananbaum in 1976, a full 23 years before the mission would launch. In 1981, Giacconi became the first permanent director of the Space Telescope Science Institute, which operates Hubble. In his role there, he instructed his staff in 1987 to start thinking of a Hubble replacement; this was the Next Generation Space Telescope, renamed the James Webb Space Telescope, launched 34 years later.

Christopher Wanjek is a health and science writer based in Baltimore. His next book is Inside the Star Factory: The Creation of the James Webb Telescope, NASA’s Largest and Most Powerful Space Observatory (MIT Press, forthcoming). Read more articles by Chris.