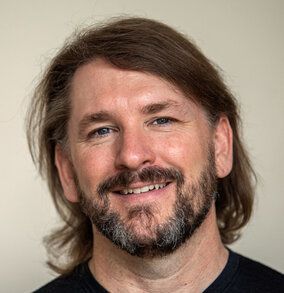 Chris Lewicki is an entrepreneur, engineer and “near-futurist” focused on the economic development of outer space. He is fascinated by exponential technologies, integrating ideas from disparate industries, and creating Space Infrastructure upon which generations of progress can be made. He predicts that Space Infrastructure will extend beyond traditional concepts of technology, and will also include new Economic Systems, and new mechanisms for governance of activities beyond Earth. Chris also believes that the significant presence of humans in space will only be possible by sourcing raw materials from interplanetary space including asteroids, the Lunar surface and Mars for construction, spacecraft fuel, and life support consumables.

Previously, Chris Lewicki co-founded and was CEO of Planetary Resources Inc. (PRI), focused on the prospecting, development and use of resources found on near-Earth asteroids. At PRI, Chris helped acquire over $60M in investment and revenue, build a team of 80 extremely talented engineers, scientists, business and policy leaders, launch 3 experimental spacecraft, and help advance the adoption of space resources as a crucial part of humanity’s activities in space with key contributions to the passage of Title IV of the Commercial Space Launch Competitiveness Act of 2015. PRI was acquired by ConsenSys Inc. in 2018, where Chris led a small team which created “TruSat”, a citizen-powered, open source system for creating a trusted record of satellite orbital behavior.

Prior to entering the private sector, Chris was a key member of NASA’s Mars Exploration Rovers and the Phoenix Mars Lander, serving as Flight Director for the Mars rovers Spirit and Opportunity, and as the Surface Mission Manager for Phoenix. He also performed system engineering development and participated in assembly, test and launch operations for both missions.

Chris is an avid amateur astronomer, and enjoys deep space imaging of nebulas. He is the recipient of two NASA Exceptional Achievement Medals, and has an asteroid named in his honor: 13609 Lewicki. Chris holds bachelor’s and master’s degrees in aerospace engineering from the University of Arizona.